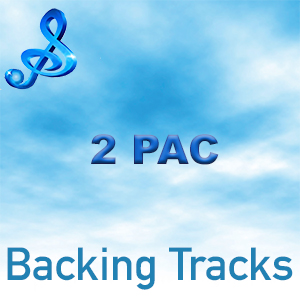 2Pac (Tupac Amaru Shaku) was an influential American hip-hop / rap artist who released his debut album 2Pacalypse Now in 1991. He achieved further success with his next two albums but it was his double-disc album, All Eyez on Me, released in 1996, that became one of the best-selling albums in the United States. Five more albums have been released since his death, all of which have been certified platinum. Outside music, Shakur also gained success an actor, with his roles as Lucky in Poetic Justice (1993), Ezekiel Whitmore in Gridlock’d (1997), and Jake Rodriguez in Gang Related (1997), all of which garnered praise from critics.

2Pac is said to be one of the best-selling music artists of all time, amassing over 75 million estimated global sales. His work addresses contemporary social issues that plagued inner cities at the time, and he is considered a symbol of resistance and activism against inequities.

On September 7, 1996, Shakur was shot by an unknown assailant in a drive-by shooting.  He died six days later and the gunman was never captured.