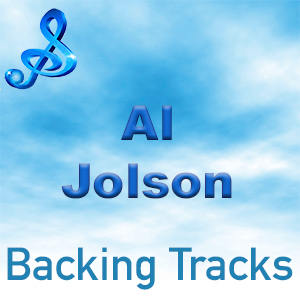 Al Jolson was a Russian-born U.S. singer, songwriter and blackface comedian who performed in vaudeville and minstrel shows and starred in The Jazz Singer.   He made his first stage appearance 1899 in Washington, D.C., performing in vaudeville before joining a minstrel show in 1909. In New York City, he was featured in musicals and known for his high-energy act that often included blackface. In 1927, Jolson starred in The Jazz Singer, the first feature film with synchronised speech. He died in California in 1950.

Jolson married four times and had three adopted children. He was very supportive of American troops, performing for soldiers in World War II and the Korean War. He died of a heart attack in San Francisco on October 23, 1950. His grave site in Los Angeles’ Hillside Memorial Park features a large monument to his career, a life-sized statue of Jolson genuflecting as if he just finished a performance.