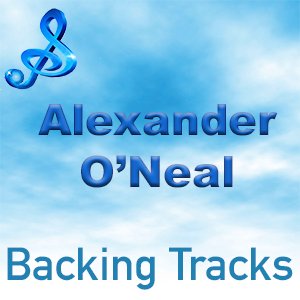 In a music career spanning more than 40 years, O’Neal is an accomplished R&B and soul singer. O’Neal came to prominence in the middle of the 1980s as a solo artist, releasing fourteen singles that entered the Top 40 charts in the US during the 1980s and 1990s. His solo singles, sometimes dealing with lost love include “If You Were Here Tonight”, “Fake”, “Criticize”, “The Lovers”, “(What Can I Say) To Make You Love Me”, “The Christmas Song”, “All True Man”, “Love Makes No Sense” and “In the Middle”. He is also known for duets with fellow R&B singer and Tabu labelmate Cherrelle such as “Saturday Love” and “Never Knew Love Like This”. AllMusic has described O’Neal as having a “tough voice [that] has the same grain and range as that of Otis Redding.”

Alexander O’Neal Backing Tracks – Criticize …  If You Were Here Tonight