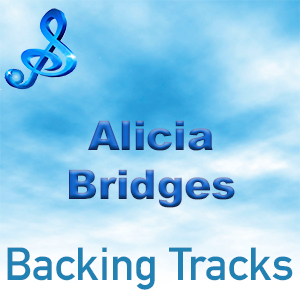 Alicia Bridges (born July 15, 1953) is an American singer who co-wrote and performed her international hit “I Love the Nightlife (Disco ‘Round)” in 1978.

Alicia Bridges was born in Lawndale, North Carolina, a small town in Cleveland County. She sang from a very young age and learned to play guitar at the age of 10. At the age of 12 she had her own radio program, The Alicia Bridges Show, broadcast every Saturday on station WADA in Shelby, North Carolina. Occasionally she would sing on the show but has said what she is most proud of is that she “ran all the dials, the turntables, cued the records and made all the announcements live on the air”.

In 1977 she was signed to Polydor Records. Her 1978 hit single “I Love the Nightlife ” reached number five on the Billboard Hot 100 chart. It was also a “crossover” hit, receiving play even on country music stations. The cover of the 1978 self-titled LP features an early skyline picture of Atlanta, Georgia.

Bridges is currently active in the music community as a producer and DJ. Her works, digital versions of her recordings, a blog and videos can be found on her official web sites, aliciabridges.com.

I Love The Nightlife