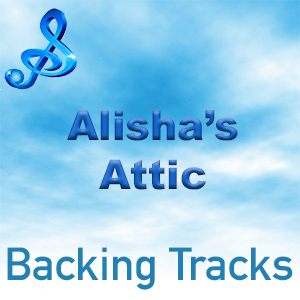 Alisha’s Attic were an English duo group of the 1990s and early 2000s. The two members were sisters Shelly McErlaine (née Poole) and Karen Poole, born in Barkingand Chadwell Heath respectively. Their father is Brian Poole of 1960s group Brian Poole and the Tremeloes.

Their debut single I Am, I Feel, which quickly became a radio and chart hit in the UK. This was followed in November 1996 by their entirely self-written debut album Alisha Rules the World. The platinum selling album was produced by Dave Stewart of the Eurythmics and spawned four top 15 UK hits and substantial success in Europe and Japan. They were nominated for a 1997 Brit Award for Best Newcomer, and also nominated that year for an Ivor Novello Award for the best lyrical and melodic composition. In July 1997 the band played on the first Lilith Fair . They also toured with INXS, and supported Jon Bon Jovi as well as their own headline tours throughout the late nineties.

Alisha’s Attic went on to release two more albums – Illumina ( silver in the UK) which produced the singles “The Incidentals” , “Wish I Were You” and “Barbarella”, and the critically acclaimed album The House We Built, a mostly live album recorded with Bill Bottrell in Mendocino, USA. The two singles from this album were “Pretender Got my Heart” (which was featured on Bridget Jones the movie) and “Push it all Aside”. Both of these singles featured award-winning videos made by Sophie Muller. The group released one more album, in Japan – Japanese Dream – before they went their separate ways in 2004.

Both women went on to become successful songwriters. Shelly is also in the band Red Sky July.