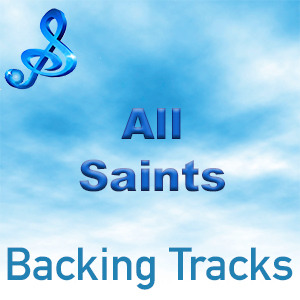 All Saints are a girl group formed in London in 1993.  The group’s debut album peaked at number two on the UK Albums Chart and contained three UK number ones: “Never Ever”, “Under the Bridge”/”Lady Marmalade” and “Bootie Call”. The group were nominated for Best British Breakthrough Act.

All Saints are a girl group formed in London in 1993. They were founded as All Saints 1.9.7.5 by members Melanie Blatt, Shaznay Lewis and Simone Rainford. The group struggled to find commercial success upon being signed to ZTT Records and were dropped by the label shortly after Rainford left the group. In 1996 the group were joined by sisters Nicole and Natalie Appleton and signed to London Records under their shortened name.

The group’s debut album, All Saints (1997), peaked at number two on the UK Albums Chart and went on to become the third best-selling girl group album of all time in the UK. The album contained three UK number ones: “Never Ever”, “Under the Bridge”/”Lady Marmalade” and “Bootie Call”. “Never Ever” is the second best-selling girl group single of all-time in the UK, behind the Spice Girls’ “Wannabe”. It also won two Brit Awards: Best British Single and Best British Video, and the group were nominated for Best British Breakthrough Act.

Their second album, Saints & Sinners (2000), became their first number-one album and achieved multi-platinum success. It included the UK number one singles “Pure Shores” and “Black Coffee”. Amid in-fighting among the group members, All Saints split the following year. The group later reformed after signing to Parlophone Records to release their third album, Studio 1 (2006). However, the album bowed at number 40 in the UK and All Saints were dropped by Parlophone shortly afterwards.

Following a second split in 2009, the group reunited in 2014 for a series of live performances, prompting the group to sign to London for a second time for the release of their fourth album, Red Flag (2016). As of January 2016, All Saints have sold 12 million record

1 thought on “All Saints”