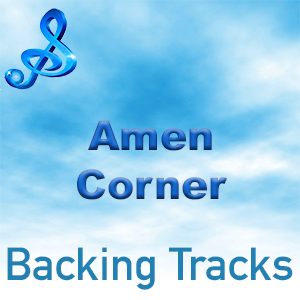 Amen Corner were a Welsh rock group, formed in late 1966 in Cardiff, Wales. Initially they specialised in a blues and jazz-oriented style, but were steered by their record labels towards a more commercial sound.

Amen Corner were a Welsh rock group, formed in late 1966 in Cardiff, Wales.

The band was named after The Amen Corner, a weekly disc spin at the Victoria Ballroom (later to become The Scene Club) in Cardiff, Wales, where every Sunday night Dr. Rock would play the best soul music from the United States.

Initially they specialised in a blues and jazz-oriented style, but were steered by their record labels towards a more commercial sound. Their first singles and album appeared on Decca’s subsidiary label, Deram – see “Discography” below – but they left at the end of 1968 to join Immediate, where they were instantly rewarded with a No. 1, “(If Paradise Is) Half as Nice” in early 1969, followed by another Top 5 entry with the Roy Wood composition, “Hello Susie”.

After recording a final studio album, Farewell to the Real Magnificent Seven, with a cover version of The Beatles’ “Get Back” released as their swansong, they disbanded at the end of 1969. The band also appeared as themselves in the 1969 horror film, Scream and Scream Again, singing the film’s eponymous theme song.

Fairweather Low went on to a successful solo career in the 1970s, notably with the Top 10 hit “Wide Eyed and Legless” (1975); he became a regular player with Eric Clapton, George Harrison and Roger Waters. Blue Weaver joined The Strawbs as Rick Wakeman’s replacement and later after a successful 1974 tour with Mott the Hoople, went on to join the Bee Gees, where Dennis Bryon was now the drummer. Blue Weaver also played keyboards for many artists as a session player and later Fairlight programmer.

Amen Corner’s Decca back catalogue has been re-issued as part of the “Collection” series; and their Immediate work, including their singles, live album and material recorded for an unreleased studio album, has been released on If Paradise Was Half as Nice: The Immediate Anthology.