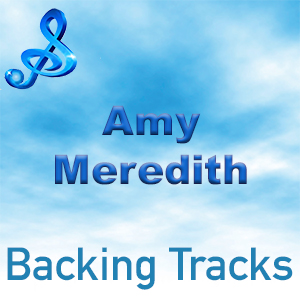 Amy Meredith was an Australian pop band who released a self-titled EP in 2008. In 2009, having already been dropped from their label Tsubi/Ksubi, Amy Meredith signed a deal with Sony Music Australia, and released their debut single Pornstar, which peaked at No. 65 on the ARIA Singles Chart. In March 2010, Amy Meredith released their second single, Lying, which peaked at No. 10, making it their only top 10 single. Their debut album, Restless was released on 2 July 2010 and reached No. 8 on the ARIA Albums Chart. The album was met with negative reviews and shortly afterwards Sony terminated their deal with the band, so Amy Meredith turned to Vector Management for a distribution deal.

In 2013, with no label, Amy Meredith tried to release their second album, Maps following a crowd funding effort to raise the required money, however the album was not a success and failed to produce any charted singles. Since its release the band have been inactive, and their Facebook page has displayed “new album out September” since 2013.

The name of the band comes from the names of two girlfriends that were dating members of the band.

If you wanna wait, oh,
Till I come down,
We can run away, oh,
To the city.

Here we are, it’s the right time,
Let me know you feel the same,
As before.

Look me in the eyes,
And tell me that you wanna stay,
It took me by surprise when she said,

Standing in the rain, oh,
Where I left you,
It’s another day, oh,
In the city.

Look me eyes and tell that you wanna stay,
I could see her smile when she said ….