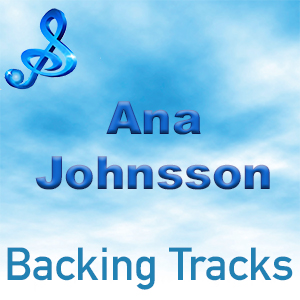 Ana Johnsson is a Swedish singer and songwriter, best known for the song “We Are”  from the Spider-Man 2 soundtrack.

She reached the finals of the first Swedish series of Popstars, after which she and others formed a girl group called Excellence. They recorded one album before Ana Johnsson left to start a solo career.  Her first single “The Way I Am” peaked at number 17 on the Swedish charts in 2003. She had been billed as one of Sweden’s most promising up-and-coming pop artists but after a short while faded from the limelight and charts.

See the devil on the doorstep now,
My, oh my,
Telling everybody, oh, just how
To live their lives.
Sliding down the information highway,
Buying in just like a bunch of fools.
Time is ticking, and we can’t go back,
My, oh my.
What about the world today?
What about the place that we call home?
We’ve never been so many,
And we’ve never been
So alone.
Keep watching from your picket fence,
You keep talking, but it makes no sense!
You say we’re not responsible,
But we are.
We are.
You washed your hands,
You come out clean,
But fail to recognize the enemy’s within!
You say we’re not responsible,
But we are.
We are.
We are.
One step forward, making two steps back,
My, oh my.
Riding piggy on the bad boy’s back for life.
Lining up for the grand illusion,
No answers…
Ana Johnsson Backing Tracks – Don’t Cry For Pain … We Are – Spiderman 2
Categories: Artist, Pop