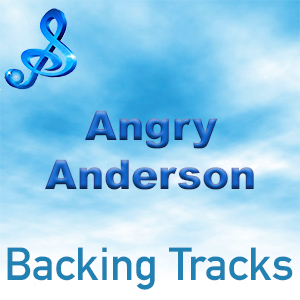 Gary Stephen – Angry Anderson AM (born 5 August 1947) is an Australian rock singer-songwriter, television presenter-reporter and actor. He has been the lead vocalist with the hard rock band Rose Tattoo since 1976.

On Australia Day (26 January) 1993, Anderson was made a Member of the Order of Australia for his role as a youth advocate. According to rock music historian, Ian McFarlane, “over the course of a lengthy career, [the] gravel-throated vocalist … has gone from attention-grabbing, rock’n’roll bad boy to all-round Australian media star.” On 16 August 2006, Rose Tattoo were inducted into the Australian Recording Industry Association (ARIA) Hall of Fame.

“Suddenly” is a power ballad by Angry Anderson from his first solo album, Beats From a Single Drum. Released in Australia in July 1987 and in the UK in late-1988, the song became Anderson’s biggest hit, reaching number 2 in the ARIA Singles Chart, and number 3 in the UK Singles Chart.

Part of the song’s chart success is attributed to it being used in the Australian soap Neighbours (“Episode 523”), during the wedding of the characters Scott Robinson and Charlene Mitchell, which was viewed by 20 million viewers in the UK. The ballad, which is played over the ceremony, was also chosen by Kylie Minogue, who played Charlene, as the song to be played at her own future wedding.

“Suddenly” was denied the UK number 2 spot by the release of the Kylie and Jason Donovan duet, “Especially for You”.

This song has been used in the season 3 final of the award winning UK sitcom Gavin & Stacey at the wedding of Vanessa Jenkins and Dave Coaches. It was also used in the first episode of Sirens on Channel 4 in the UK for the opening scene and throughout the episode. More recently, the song has regularly been played for nostalgia purposes at social and university reunions.