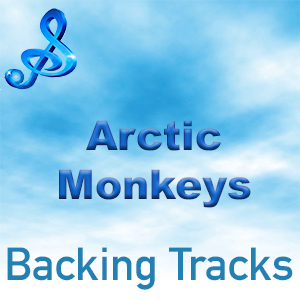 Arctic Monkeys were formed when neighbours Alex Turner and Jamie Cook received guitars as presents. They hooked up with school friends Andy Nicholson [superceded by Nick O’Malley] (bass) and Matt Helders (drums) and began playing in the Sheffield (UK) area in 2003. They handed out demo CD’s to fans, who then uploaded the music onto a fan-created MySpace page for the band.

The Arctic Monkeys debut single “I Bet You Look Good On The Dancefloor” shot to number one in the UK singles charts and their first album, Whatever People Say I Am, That’s What I’m Not, became one of the fastest-selling British albums of all time, knocking Oasis out of that slot.

Having won numerous Brit Awards, nominations for Grammys and appearing on stage at Glastonbury Festival the band took an haitus in 2014. Members have been pursuing their musical careers separately and Alex Turner has released successful albums with band The Last Shadow Puppets.

After five years of silence, the Arctic Monkeys made their much-awaited return with their 6th album and the single “Four Out Of Five” which peaked at number 18 on the Official UK Charts.

Arctic Monkeys Backing Tracks – Arabella … Black Treacle … Brainstorm … Brick By Brick … Come Together …. Crying Lightning … Dancing Shoes … Do I Wanna Know …  Don’t Sit Down … Fake Tales Of San Francisco … Florescent Adolescent … Four Out Of Five …  From The Ritz To The Rubble …  I Bet You Look Good On The Dance Floor … Leave Before The Lights Come On … Mardy Bum … One For the Road …  R U Min …  Right Light Indicates Doors Secure … Riot Van … Snap Out Of It … Still Take You Home … Stop The World I Wanna Get Off … Suck It And See … Teddy Picker … View From The Afternoon … When The Sun Goes Down … Why Do You Only Call Me When You’re High … You Probably Couldn’t See The Light … 505