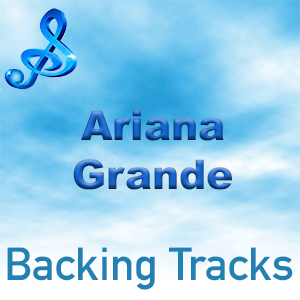 As a child, she performed in children’s theatre, appearing in musicals such as Annie, The Wizard of Oz and Beauty and the Beast. At the age of 8, she performed at a karaoke lounge on a cruise ship (it is hinted that Gloria Estefan saw her perform) before making her national television debut singing “The Star-Spangled Banner” for an American ice hockey team.

A role in the Broadway play “13” followed by some small TV roles paved the way  to her being cast as Cat on TV’s Victorious, with the the spinoff Sam & Cat proving equally as popular. Off this springboard Ariana Grande released 2013 single “The Way” which made it into the top 10 in the United States and went triple platinum. Her first two albums were hits with “Yours Truly” making the top 10 in countries around the world.

On May 22, 2017, after her concert at the Manchester Arena, England, a suicide bomber caused 23 fatalities and hundreds of injuries at the venue. Grande subsequently held a televised benefit concert entitled One Love Manchester. This helped to raise millions to aid the bombing victims and affected families.

She maintains a strong online presence using Instagram, Twitter and Facebook which is instrumental in keeping her profile at the forefront of media attention and increasing her popularity.

Having received nominations for and won many music industry awards it is clear that Ariana Grande has risen to stardom on the worldwide music scene and as well as touring she also keeps her hand in with the acting that she clearly excelled at in her early years.

In 2017, during her UK tour a terrorist detonated a bomb in the Manchester Arena where thousands had gathered to watch her performance. Many were injured and some lost their lives. In an emotional show of solidarity Ariana Grande organised a benefit concert to raise funds for the victims and their families. One Love, Manchester was performed on 7th June 2017 and streamed live across 50 countries worldwide. The concert raised in excess of £13m.

Ariana Grande Backing Tracks – 7 Rings…Almost Is Never Enough … Baby … Bang Bang  … Beauty And The Beast  …. Best Mistake … Boyfriend … Break Free … Break Up With Your Girlfriend …  Breathin … Dangerous Woman … Don’t Be Gone Too Long … Don’t Call Me Angel – Charlie’s Angels … Faith  … Focus … God Is A Woman … Honeymoon Avenue … Imagine …  Into You …  Just A Little Bit Of Your Love … Love Me Harder … Monopoly … Needy … No Tears Left To Cry … One Last Time …  Popular Song … Problem  … Rain On Me …Right There … Side To Side  … Stuck With U  … Tattooed Heart … Thank U, Next … The Way Unplugged