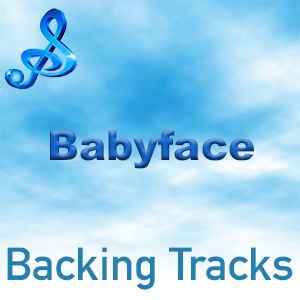 Babyface (Kenneth Brian Edmonds) is an American singer, songwriter and record producer. He has written and produced over 26 number-one R&B hits throughout his career, and has won 11 Grammy Awards. He was ranked number 20 on NME‘s 50 Of The Greatest Producers Ever list.

Edmonds was born on April 10, 1959, in Indianapolis, Indiana, to Marvin and Barbara Edmonds. When he was in eighth grade, Edmonds’ father died of lung cancer, leaving his mother to raise her sons alone.At this stage, Edmonds became determined to have a career in music.

Edmonds later played with funk performer Bootsy Collins, who tagged him “Babyface” because of his youthful look. He also performed in the group Manchild  as a guitarist. He played keyboards in the light-funk and R&B group the Deele (which also included drummer Antonio “L.A.” Reid, with whom he would later form a successful writing and producing partnership). One of his first major credits as a songwriter for outside artists came when he wrote the tune “Slow Jam” for the R&B band Midnight Star in 1983.Babyface remained in the Deele until 1988, when both he and Reid left the group.

Edmonds has continued to work and produce many successful performers in contemporary music, including Toni Braxton, and Whitney Houston, Michael Jackson, Eric Clapton.