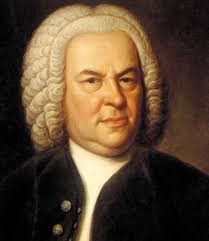 Johann Sebastian Bach was born in Eisenach, Germany on 21st March 1685 and died in Leipzig, Germany on 28th July 1750.

Bach was a composer and musician of the baroque period who enriched established German styles with his skills in counterpoint, harmonic and motivic organisation and also the adaptation of rhythms, forms and textures from other countries, particularly from France and Italy.

Bach’s compositions included the Brandenburg Concertos, the Goldberg variations, the Mass in B minor, two Passions, and over three hundred cantatas.  His music was held in high esteem for its technical command, artistic beauty and intellectual depth.

He was highly respected as an organist but, as a composer, his works were not widely revered during his lifetime.  A revival of interest and performances of his music in the first half of the 19th Century brought him acclaim which eventually lead to him being regarded as one of the greatest composers of all time.