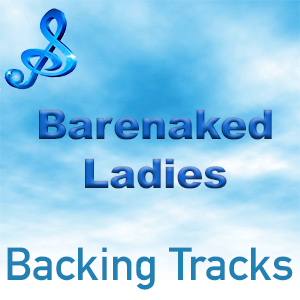 Barenaked Ladies are a Canadian rock band formed in the late 1980’s. They are well-known for their live performances which include comedic banter and free-style rapping between songs. Barenaked Ladies have won multiple Juno Awards and have been nominated for two Grammy Awards. The group has sold over 15 million records including albums and singles, and were inducted into the Canadian Music Hall of Fame in March 2018.

“One Week” is the band’s best-performing single on the charts in both the U.S. and the U.K.

It’s been one week since you looked at me
Cocked your head to the side
and said I’m angry
Five days since you laughed at me saying
Get that together come back and see me
Three days since the living room,
I realized it’s all my fault, but couldn’t tell you
Yesterday you’d forgiven me
But it’ll still be two days till I say I’m sorry
Hold it now and watch the hoodwink
As I make you stop, think
You’ll think you’re looking at Aquaman
I summon fish to the dish,
Although I like the Chalet Swiss
I like the sushi
Cause it’s never touched a frying pan
Hot like wasabe when I bust rhymes
Big like Leann Rimes
Because I’m all about value
Bert Kaempfert’s got the mad hits
You try to match wits
You try to hold me but I bust through
Gonna make a break and take…….
Barenaked Ladies Karaoke Backing Tracks -Another Postcard … Big Bang Theory … If I Had $1,000,000 … It’s All Been Done … One Week
Categories: Artist, Pop