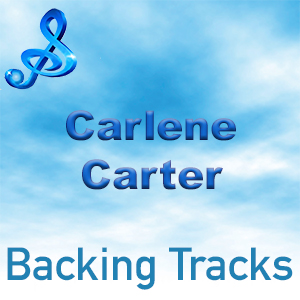 As the daughter of country music legends June Carter Cash and Carl Smith and step-daughter of the infamous Johnny Cash, it was inevitable that Carlene Carter would enter into a career singing country music.

She started her career at aged 17 singing with The Carter Family. This was a group of family members who played grass roots acoustic American Folk and have been accredited with being the first ever group to become country music stars and been a musical influence on country music since then.

Carlene Carter has always followed her own path music wise, beginning her career as a rock singer in the mid-’70s, she became popular in the new wave in the late ’70s before emerging as a country singer in the late ’80s. Throughout all this, her sound has always been influenced by roots music.  In 2005 Carlene Carter turned actress to play her mother June Carter, in the musical “Wildwood Flowers – The June Carter Story”.