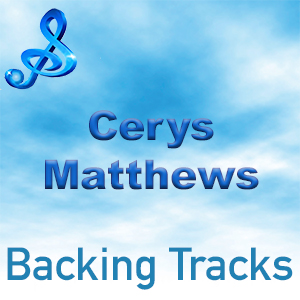 Cerys Matthews MBE ( born 11 April 1969) is a Welsh singer, songwriter, author, and broadcaster. She was a founding member of Welsh rock band Catatonia and a leading figure in the “Cool Cymru” movement of the late 1990s.

Matthews programmes and hosts a weekly music show on BBC Radio 6 Music , a weekly blues show on BBC Radio 2 , and a monthly show on BBC World Service, makes documentaries for television and radio and is a roving reporter for The One Show. She founded ‘The Good Life Experience’, a festival of culture and the great outdoors in Flintshire in 2014, with Charlie and Caroline Gladstone and is author of Hook, Line and Singer published by Penguin and children’s stories Tales From The Deep and Gelert, A Man’s Best Friend, Gomer.

Cerys Matthews was born in Cardiff, the second of four children. The family moved to Swansea when she was seven.  She learned to play the guitar at the age of nine, sang Welsh folk songs and taught herself traditional songs from all over the globe including blues and Irish folk songs. She was a member of the West Glamorgan Youth Orchestra.    She is fluent in English, Welsh, Spanish, and French.

Catatonia was formed in 1992. She subsequently sang lead vocals on, and co-wrote the music and lyrics for, the band’s hits. Songs she co-wrote included “You’ve Got a Lot to Answer For”, “Mulder and Scully”, “Dead From the Waist Down”, and “Road Rage”. Matthews also played guitar on the earlier material before second guitarist Owen Powell joined the band. She also performed a single with the band Space named “The Ballad of Tom Jones”, which tells the story of two lovers who want to kill each other, but then hear a Tom Jones song that defuses their homicidal feelings. Matthews later collaborated with Jones to record a version of Frank Loesser’s “Baby, It’s Cold Outside” on Jones’ album Reload. Matthews was voted the “Sexiest Female in Rock” in a 1999 readers’ poll in the now defunct magazine Melody Maker.   After Catatonia’s rise to fame with their second album International Velvet, and subsequent success with Equally Cursed And Blessed, the band returned in 2001 with their fourth studio album Paper Scissors Stone. In September 2001, the band officially split.

In December 2001, she returned to the recording studio for the first time since Catatonia split up. She recorded a song in both English and Welsh for the pre-school cartoon series Sali Mali.

Matthews moved to Nashville, Tennessee in 2001. On her arrival she began playing with Bucky Baxter,  Her debut album, Cockahoop, ended up consisting mainly of her own songs.  Whilst recording this album she met Seth Riddle, whom she married in Pembrokeshire in February 2003.

In 2006, Matthews conducted a short tour of the UK to promote her new second solo album, Never Said Goodbye. The new album was preceded by the single “Open Roads”.

Matthews embarked on a UK and Ireland tour, during which she played tracks from her first two solo albums as well as three Catatonia hits. She also embarked upon a short acoustic Welsh tour in November 2006 before returning to Nashville for Christmas.

Matthews appeared on the 2007 series of ITV’s I’m a Celebrity…Get Me Out of Here!,  Matthews became involved with fellow contestant Marc Bannerman after the show, but they split four months later.  In an interview on the eve of the launch of her Welsh mini-album Awyren (Aeroplane), Matthews confirmed she had divorced from Riddle and temporarily moved back to her farm in Pembrokeshire.

Awyren = Aeroplane won her the ‘Contemporary Composition’ award in the National Eisteddfod. The award had been resurrected and presented for the first time since 1936. In 2007 Matthews became Vice-President of the Welsh homelessness charity Shelter Cymru. She also accepted a role of Performing Arts Ambassador for Linden Lodge School, Wimbledon in the same year.

From November 2008, Matthews sat in for Stephen Merchant and Marc Riley on BBC 6 Music and went on to present George Lamb’s slot in April 2009. In May 2009 she presented show A Month of Sundays With… Cerys Matthews. She then covered for Nemone on 6 Music from July 2009 while Nemone was on maternity leave. In April 2010, Matthews returned to 6 Music to present a weekend show on Sunday mornings.She produces and presents radio documentaries and shows, including Hook Line and singer, where she shared her love of fishing on Radio 4.

Cerys Matthews has won many awards, including: gold at the 2013 Sony Radio Academy Awards,  ‘St David Award’ – for her contribution to culture in 2014.  She was appointed Member of the Order of the British Empire (MBE) in the 2014 Birthday Honours for services to music. In July 2014, Matthews was awarded an honorary degree from Swansea University and won the Best Presenter Music award at the Audio Production Awards 2016.

Tales from the deep is a duo of stories written in verse with paintings by Fran Evans, published by Gomer. It was nominated for a People’s Choice Award. It was followed by Gelert, a man’s best friend (Gomer, 2013)