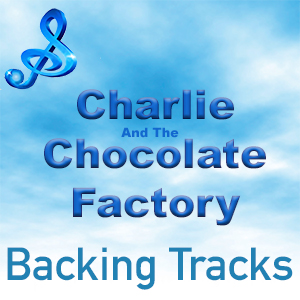 The play opens with Charlie Bucket searching for valuables in a dump near his home. As he picks up candy wrappers, he speaks with a mysterious tramp, and heads home to his family (“Almost Nearly Perfect”). His home is a one-room shack under a railway arch. As he and his grandparents wait for their cabbage soup to boil, they tell Charlie about Willy Wonka (“The Amazing Tale of Mr. Willy Wonka”). After Charlie’s father returns home dispirited from lack of work Charlie’s mother tries to lift his spirits by saying he will find work when the parents begin singing about Charlie and what they have (“If Your Mother Were Here”) later Charlie pens a letter about what he’d invented for his family to Wonka, folds it into a paper airplane and sends it flying out into the night (“A Letter from Charlie Bucket”).

The next morning, Mrs. Bucket returns home from her night job and explains to the rest of the family that Willy Wonka is holding a competition where five lucky contestants must buy Wonka Bars to find a Golden Ticket to his factory and a lifetime’s supply of candy. Charlie is desperate to win one, but he has no money. On their homemade TV, they hear of the first Golden Ticket winner, an obese Bavarian boy named Augustus Gloop (“More of Him to Love”).

They soon learn that another ticket has been found by a spoiled British girl named Veruca Salt. Mr. Salt recounts how he won the ticket for his daughter (“When Veruca Says”). Charlie’s birthday arrives, and his grandparents give him a Wonka Bar, but are disappointed when there is no Golden Ticket. As he eats, they hear of the discovery of the third Golden Ticket, in Hollywood by wannabe gum-chewing celebrity, Violet Beauregarde. She and her father brag about how they will now be even more famous because of the Golden Ticket and how Violet is going to be the “biggest” diva ever (“The Double Bubble Duchess”). Shortly after, the TV announces another Golden Ticket discovery, Mike Teavee and the Teavee family. Mike is a violent and obnoxious bully who is addicted to television and video games, and whose frantic mother spoils him rotten and explains his hazardous activities and how he used Wonka’s password to get his Golden Ticket. (“It’s Teavee Time”).

With all but one ticket gone and no money to buy a bar, Charlie is desolate. His parents sing about how they wish they could raise their son together and about how they hope for a better life (“If Your Mother Were Here”). Winter comes, and one day Charlie finds some money dropped by a rich couple. Encouraged by the mysterious tramp, he buys a Wonka Bar, and finds a Golden Ticket inside that prompts Grandpa Joe to get out of bed and walk for the first time in forty years (“Don’t Ya Pinch Me, Charlie”). On the day they are to enter the factory, Charlie and Grandpa Joe feel out of place amidst all the hoopla on the red carpet. Finally, the moment of truth arrives. With a choral fanfare, the factory door swings open and all eyes to turn to see the mysterious Willy Wonka, invites the Golden Ticket winners into his factory to see all the wonders (“It Must Be Believed to Be Seen”).

Wonka gathers the ticket winners and explains the rules and regulations of the factory (“Strike That! Reverse It!”). With the contracts signed, Wonka then welcomes them into the Chocolate Room. As the children explore, the parents ask Wonka what its purpose is and Wonka bemusedly explains that is his artwork (“Simply Second Nature”). Veruca breaks the reverie with a scream as Augustus is drinking from the Chocolate River where falls into it and gets sucked up the chocolate extraction pipe. The families then look up to see dozens of tiny workers in red boiler suits called Oompa-Loompas, who make no effort to try and save Augustus (“Auf Wiedersehen Augustus Gloop”).

With Augustus gone, Wonka is more concerned about the possible contamination of bones in his toffee. The party is shocked and mortified, but Wonka assures them that he’ll be fine. The next room is the Inventing Room, where white-coated Oompa-Loompas mix and stir. Wonka gives each child an Everlasting Gobstopper, but Violet is unimpressed. Wonka shows her his latest creation, a three-course dinner in one stick of gum. When Violet sees the gum, she pops it into her mouth. Wonka warns her to stop chewing before dessert, but Violet ignores him and begins to turn purple and swell up into a giant blueberry. (“Juicy!”). Violet explodes in a shower of purple blueberry goo and glitter, but Wonka is unconcerned, sending Mr. Beauregarde to the Juicing Room, assuring that it can get her back to normal.

Wonka next leads the party on a high speed tour around the crazy corridors of his factory until, disoriented, they arrive at the Nut Room, where squirrels sort out nuts to see if they are good or bad. The good nuts are kept for them to eat while the bad nuts are thrown away down a rubbish chute. Veruca demands a squirrel. When Wonka refuses, she takes matters into her own hands, rushing to grab one for herself, instead she is judged a “bad nut”, and she and her father are sent down the rubbish chute (“Veruca’s Nutcracker Sweet”). Again, Wonka assures the remaining visitors that Veruca and her father will be all right.

Wonka leads the group through dark cellars, where all his mistakes are kept, finally arriving at a room he calls, The Department of the Future. Wonka demonstrates Chocolate Television. Mike is intrigued and despite Wonka’s protests, he puts himself before the cameras, presses the remote and disappears in a puff of smoke. Mike hops from screen to screen until they finally pull him out, leaving him at only 6-inches tall. (“Vidiots!”). Mrs. Teevee is relieved as she won’t have to worry about him causing big problems any more, and she places him in her purse and leaves the factory quite satisfied.

Charlie is the only child left. When Grandpa Joe asks about their lifetime supply of confectionery sweets, Mr. Wonka casually dismisses them saying that the Everlasting Gobstopper Charlie had got was the lifetime supply of candy. Grandpa Joe is angry, but Charlie defuses the situation saying that an Everlasting Gobstopper is still an amazing present. When he leaves with Grandpa Joe, Charlie opens a book which contains all of Wonka’s ideas, adding a few of his own to the blank pages in the back. Wonka silently returns, and seeing Charlie’s additions, he tells him he’s won, inviting Charlie into his Great Glass Elevator so that he can show him his prize, the chocolate factory. (“Pure Imagination”).

They return to Earth where Wonka announces he’s leaving, and that Charlie is now in charge (“A Little Me”). He disappears, but as the Bucket family moves into the factory, Charlie sees the mysterious tramp outside the gates, who is revealed as Wonka. As the Oompa-Loompas and Charlie wave goodbye from the factory windows, Wonka vanishes, singing a reprise of “It Must Be Believed to Be Seen”, leaving Charlie to ponder all of the adventures that are to come.

1 thought on “Charlie And The Chocolate Factory (Willy Wonka) Musical”