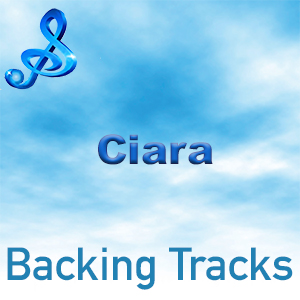 Ciara is an R&B singer-songwriter and dancer best known for her hit single and debut album, ‘Goodies,’ and successful followup ‘Ciara: The Evolution.’ She is married to NFL star Russell Wilson.

Ciara is an R&B singer-songwriter and dancer best known for her hit single and debut album, ‘Goodies,’ and successful followup ‘Ciara: The Evolution.’ She is married to NFL star Russell Wilson.

Born on October 25, 1985, in Austin, Texas, Ciara traveled the world as an only child of military parents. After she settled in Atlanta as a teen, she decided on music as a career. Ciara joined a girl group, which did not work out, but she was inspired to hone her songwriting skills, which led to a meeting with Jazze Pha, a prominent Atlanta producer at the time. She was signed to Atlanta’s LaFace Records in 2003 and released a 2004 hit single and debut album, both titled Goodies.

Ciara was born Ciara Princess Harris on October 25, 1985, in Austin, Texas. As the only child of Jackie and Carlton Clay Harris, she grew up on U. S. Army bases all over the world, including stops in Nevada, New York, California, Arizona and even Germany. Ciara settled in Atlanta as a teen and after watching pop group Destiny’s Child on television, she decided that music was what she wanted to pursue.

She wrote poems and stories as a young girl, but Ciara never took her writing seriously until she joined a girl group call Hearsay. Although the group broke up, she saw this as an opportunity to work on her songwriting skills—a smart move, given Atlanta’s reputation as a center of urban music talent. She got a publishing deal and met prominent Atlanta producer Jazze Pha, who helped her get a record deal at LaFace Records.

The single that put Ciara on the map, “Goodies,” was co-written by her and produced by popular rapper/producer Lil Jon. The song reached the top of the singles charts in the U. S. and the U.K. The follow-up singles, “1, 2 Step,” featuring Missy Elliott, and “Oh,” featuring rapper Ludacris, were also successes, both reaching No. 2 on the Billboard Hot 100 Singles Chart.

Ciara’s debut album, Goodies, was a surprise hit, certified triple platinum (3 million in sales) by the Recording Industry Association of America. The album also garnered the new artist four nominations at the 2005 Grammy Awards. Her second studio album, 2006’s Ciara: The Evolution, did well in the United States, reaching No. 1 on the albums chart and reaching platinum status. However, her third album release, 2009’s Fantasy Ride, marked a serious downturn in sales, despite its big hit single “Love Sex Magic,” featuring superstar Justin Timberlake (and the racy video that accompanied the song).

Always known for her agile dancer’s body and unique dance moves, Ciara has become a fixture in fashion magazines as well, partly due to her deal with Wilhelmina Models, which focuses on casting her for photo shoots and commercials. Her career has generated eight Billboard Hot 100 top 10 singles, three MTV Video Music Awards and one Grammy Award. She has also written or co-written songs for some of music’s biggest stars, including Missy Elliott and Bow Wow.

Ciara dated rap star and television host Bow Wow (Shad Gregory Moss, formerly known as Lil Bow Wow) for almost two years; the couple broke up in 2006. She began dating NFL quarterback Russell Wilson in 2015, and they married on July 6, 2016. Ciara gave birth to their daughter Sienna Princess Wilson on April 28, 2017. She has a son, Future Zahir Wilburn, from a previous relationship.

Ciara’s philanthropic efforts include appearing on the charity single, “Just Stand Up!” which raised money for cancer research and was featured on the Stand Up to Cancer television special. Ciara has also worked with the Make-A-Wish Foundation, which grants wishes of terminally ill children.

Right now it’s killing me
‘Cause now I have to find someone else
When all I wanted was you.