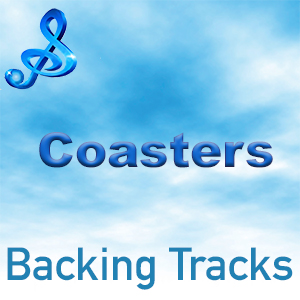 The Coasters were an American doo-wop, rock n roll vocal group popular through the 1950’s and ’60’s. Together with songwriters Jerry Leiber and Mike Stoller  they created a string of good-humored “storytelling” hits that are some of the most entertaining from the original era of rock and roll

Their 1958 release of “Yakety Yak,” became the Coasters’ first number-one pop hit that summer, topping the R&B charts as well. “Charlie Brown,” (with the catch-phrase, “why’s everybody always pickin’ on me?”), hit number two on both the pop and R&B charts in 1959, firmly establishing the Coasters’ widespread crossover appeal. More hits followed including “Poison Ivy,”  and the group’s final Top 30 hit, 1961’s burlesque-dancer tribute “Little Egypt.”

In 1987, the Coasters became the first group inducted into the Rock and Roll Hall of Fame and the Vocal Group Hall of Fame in 1999.