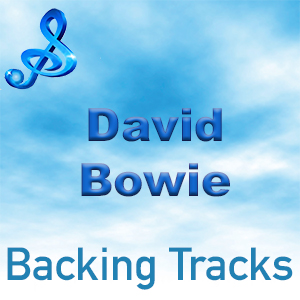 David Bowie was born David Jones on 8th January 1947 and became one of the most influential musicians of his time, constantly re-inventing his persona and sound, from the 1960s hippy of Space Oddity, through Ziggy Stardust and the Thin White Duke to his later incarnation as a soulful rocker.

Where before, artists and groups either evolved their musical style and appearance or remained unchanging, David Bowie seemed to be in permanent revolution. He defied any label. Music, fashion, sexuality: all were Bowie’s playthings. He was truly an artistic chameleon.

He went on to study Buddhism and mime, and released his first album, the World of David Bowie, in 1967, but it was the title track of his second album, Space Oddity, which aroused more than passing interest. The atmospheric tale of an abandoned astronaut, Major Tom, orbiting the Earth, Space Oddity became a hit in 1969, the year of the first Moon landing. Initially a hit throughout Europe, it took four years to “break” the United States.

Bowie followed up this initial success with The Man Who Sold the World, a complex album, whose title track has been covered by artists as diverse as Lulu and Nirvana.

His second album of 1971, Hunky Dory, was arguably Bowie’s first great work. Its 11 songs, including the haunting Life on Mars? and Oh, You Pretty Things, redefined serious rock for the 1970s generation.

And a line from Hunky Dory’s final track, The Bewlay Brothers, seemed to perfectly sum up David Bowie, “chameleon, comedian, Corinthian and caricature”.

The following year saw the release of The Rise and Fall of Ziggy Stardust and the Spiders from Mars, a superbly-executed concept album which included hits like Starman, Suffragette City and Rock ‘n’ Roll Suicide. The album’s huge popularity and the accompanying tour, featuring Bowie as the sexually ambiguous Ziggy, brought him worldwide stardom.

By now married to the former Angie Barnett (divorced in 1980) and with a young son, Zowie (now film director Duncan Jones), Bowie was a hedonist of breathtaking scale, living a rock and roll lifestyle fuelled by drink, drugs and vigorous bisexuality.

Having killed off Ziggy, 1973 brought Aladdin Sane, which cemented Bowie’s reputation in the United States. Songs like Cracked Actor explored the dark, seedy, side of fame, while Jean Genie was an old-fashioned rocker. As well as writing and performing, Bowie now branched out, producing Lou Reed’s Transformer album and writing and producing Mott the Hoople’s hit single, All the Young Dudes.

While he was touring with his next album, the apocalyptic Diamond Dogs, David Bowie recorded the Young Americans album in Philadelphia. This dalliance with “plastic soul” continued on the album Station to Station and brought Bowie hits including Golden Years, Knock on Wood and his first US number one single, Fame, co-written with John Lennon and Carlos Alomar.

But, once more, David Bowie changed direction, moving to Berlin and working on a triptych of albums, Low, Heroes and Lodger. Produced in collaboration with Brian Eno, these dense works were perhaps the most experimental of Bowie’s career, mixing electronic sounds and avant-garde lyrics to produce a radical, and influential, song cycle.

The late 1970s saw Bowie concentrating on acting, starring in Nicolas Roeg’s The Man Who Fell to Earth and opposite Marlene Dietrich in the lamentable Just a Gigolo. The critically acclaimed Lodger album was followed by Scary Monsters, notable for its groundbreaking video accompaniment and the single Ashes to Ashes, which updated the story of Major Tom.

1983 saw a new, driven, David Bowie return to form with the Let’s Dance album. Hits like China Girl and Modern Love, coupled with the spectacular Serious Moonlight world tour, introduced Bowie to a whole new generation. And his 1985 duet with Mick Jagger, a cover version of Martha and the Vandellas’ Dancin’ in the Street, was a major factor in the success of the Band Aid project and its accompanying Live Aid concert.

Bowie returned to acting, playing the lead in The Elephant Man on Broadway as well as typically exotic characters in the films Cat People and The Hunger.

The late 1980s were dominated by Bowie’s involvement with his new band, a postmodernist heavy metal outfit, Tin Machine.

This project, which was designed to allow Bowie to re-examine his rock ‘n’ roll roots, produced two albums of questionable quality and was panned by the listening public and critics alike.

The 1990s saw David Bowie flirting with drum-and-bass on the Earthling album, setting up his own highly popular website and debuting on Wall Street with the Bowie Bond, sales of which netted him $55m.

The 2002 album Heathen saw a long-awaited return to form for the indefinable master of rock style, and the man who, throughout his long and varied career, influenced everyone from Iggy Pop to Boy George.

After a decade without a studio album he released The Next Day in 2013, surprising fans who thought he had retired. It became his first UK number one for 20 years.

His last album, the critically acclaimed Blackstar, was released on his 69th birthday, just days before his death.