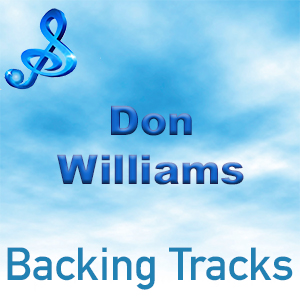 Don Williams was three years old when he sang in a local talent contest and won first prize. He grew up with music as his mother played guitar and country music was a big part of family life.

Don helped form a band in the 1960’s and they had minor success, but it wasn’t until 1973 when he released his first solo album that Don Williams became popular on the country music scene. Standing at 6’1″ in his stockinged feet and with his penchant for melodic love songs, Don is fondly known as The Gentle Giant.

He has performed at a variety of prestigious venues, including the Sporting Club in Monte Carlo to the Roxy in Los Angeles and London’s Royal Albert Hall.

Popular around the world, Don Williams songs have been covered by the likes of Johnny Cash, Alan Jackson, Charley Pride and many more.