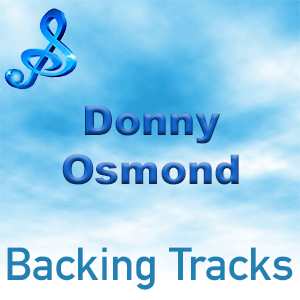 Donny Osmond (born December 9, 1957) is an American singer, dancer, actor, and former teen idol. Osmond has also been a talk and game show host, record producer and author. In the mid-1960s, he and four of his elder brothers gained fame as the Osmonds. Osmond went solo in the early 1970s, earning several top ten hits including, “Go Away Little Girl,” “Puppy Love,” and later, “Soldier of Love.”

For more than 40 years, he and younger sister Marie have also gained fame as Donny & Marie, partly due to the success of their 1976–79 self-titled variety series, which aired on ABC and a string of gold records. The duo also did a 1998–2000 talk show and have been headlining in Las Vegas since 2008.