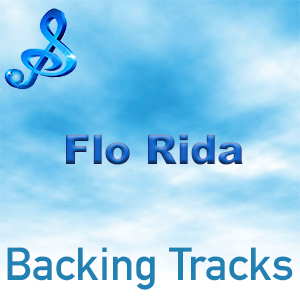 Flo Rida was one of the best-selling party-rap artists of the 2000s, notching a handful of international hit singles and Billboard chart-toppers.

Growing up in Florida, the state from which his name was derived, he was involved in a hip hop group in his teenage years and was eventually accepted by Poe Boy Entertainment in 2006.  He has released to date 4 studio albums.

American rapper Flo Rida has released several studio albums, extended plays, singles as a lead artist, promotional singles, and music videos. Growing up in Florida, the state from which his name was derived, he was involved in a hip hop group in his teenage years. A solo demo recording initially met rejection from several label companies, but was eventually accepted by Poe Boy Entertainment, with whom Flo Rida was signed in 2006.

His debut single “Low” featuring T-Pain was released in 2007 and reached number one in many countries, including Australia, Canada, Ireland, New Zealand and the United States. “Low” was featured on the track listing of the soundtrack to Step Up 2: The Streets, and stayed atop the Billboard Hot 100 for ten weeks, going on to be certified five times platinum by the Recording Industry Association of America (RIAA). The song was included on his debut album Mail on Sunday which peaked at number four on the Billboard 200 following its release in 2008. Following singles “Elevator” featuring Timbaland, and “In the Ayer” featuring will.i.am both peaked within the top twenty in the five aforementioned countries. In the same year, a collaboration with Jessica Mauboy on “Running Back” reached number three in Australia, and was certified double platinum there.

In 2009, Flo Rida released his second studio album R.O.O.T.S.; its lead single “Right Round” topped the national charts of Canada, Germany, Ireland, and the United Kingdom, in addition to the American one, where it remained for six consecutive weeks. The single, which features Kesha, was eventually certified 4× platinum in the US, and triple platinum in Australia, and Canada. Four additional singles were released from the album: “Shone”, “Sugar” featuring Wynter, “Jump” featuring Nelly Furtado, and “Be on You” featuring Ne-Yo; “Sugar” and “Be on You” peaked in the top twenty of the Billboard Hot 100. R.O.O.T.S. peaked at number 8 in the US and number 5 in the UK. In 2009, Flo Rida also appeared on The X Factor winner Alexandra Burke‘s “Bad Boys”, a number-one single in both Ireland, and the UK. The following year, a featured appearance on The Saturdays’ “Higher” managed to reach number 10 in the UK.

Flo Rida’s next two studio albums were announced in 2010 as a two-part oeuvre. Only One Flo (Part 1), which was released in November 2010 to showcase melodic talent, contains the David Guetta-assisted “Club Can’t Handle Me”, a number one single in Ireland, and the UK. The album’s second single “Turn Around (5, 4, 3, 2, 1)” has reached the top 40 in Australia, and New Zealand, and third single “Who Dat Girl” featuring Akon has charted in several countries, including the top 30 in the US and the top 10 in Australia. Follow-up album Wild Ones (originally titled Only One Rida (Part 2)) was released in July 2012. It is Flo Rida’s most successful studio album, with a string of global top 5 hits, including “Good Feeling”, “Wild Ones”, “Whistle” and “I Cry”.

You might not wanna jog on this one
You cannot wait for the summer
You already hot, I’m already hot
No sweat, no under armor
Louboutin spice, all your good nights
Holla back, if you need a sponsor
Yeah I, ain’t the Mr Alright
Come around, with a few more commas
Come here girl, do what I gotta talk rospetta
See me wit lil’ mama, kinda make you jealous
Yeah be a honor, gotta say you special
Beat it like a drum girl, you better be careful
Comprende, what’s a bit late
Like Fred Rick I’ll be jet lagged
Calling on you this moment, this instant
What I do is just basic instinct

Head start, she got that shorty
On your marks, til the shots get started
Can you level on the rocks Bacardi
Relay comes the after-party
Pass the bottles, level up get naughty
Full speed, hurry up wit cha’ your body
Trackmatic horse Ferrari
Need a freak, of course I’m sorry
You ain’t get the memo, they made em get low
See the finish the line, look a lot like limbo
Yeah we going we in, all night like tempo
Another bad chick make life more simple
Miss Brenda, no beginner, first place, tryna make you winner
Yeah baby, my Brenda, I’ll be waiting in the spot descender

[LMFAO]
Y’all
We in the spot, the club is hot
And if you wanna party rock, say hell yeah
Nonstop, the bottle’s popped
And if you want another shot, say hell yeah
I’m gonna run to you so you can have a little bit of fun with Foo
I know what you wanna do when I wiggle wiggle wiggle in my Underoos
Got you wet, dripping like SoCo
Never should’ve let you bounce on my pogo
Now you wanna be my Yoko Ono
So you roll stop actin like you don’t know
Foo!
I’m running through these hoes like Drano
But I keep it low pro, cause she’s my Main Hoe (ooo)
I got your tickets, they’re on Fandango
Back room, no fro, I’ll be eating a mango