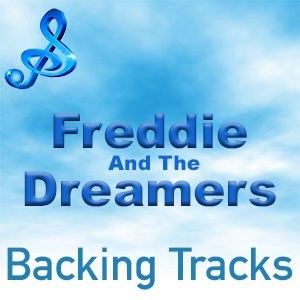 Freddie and the Dreamers were a British band that had a number of hit records between May 1963 and November 1965. The band’s stage act was enlivened by the comic antics of the 5-foot-3-inch-tall (1.60m) Freddie Garrity, who would bounce around the stage with arms and legs flying. Freddie officially retired from all work in February 2001. He died in Bangor, North Wales, on 19 May 2006, aged 69.  The original group was disbanded in 1969, and reformed in 1976, and are still touring today.

Freddie And The Dreamers Backing Tracks