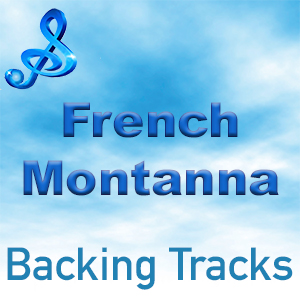 French Montana, is a Moroccan-American hip hop recording artist. Born in Morocco, he immigrated to the United States with his family when he was 13 years old. He is the founder of Coke Boys Records, and its predecessor Cocaine City Records. In 2012, he signed a joint-venture recording deal with Bad Boy Records and Maybach Music Group.

French Montana made his mixtape debut in 2007. In 2010, he had his breakthrough with “Choppa Choppa Down”. He released his debut studio album Excuse My French on May 21, 2013. In July 2017, Montana released his second studio album, Jungle Rules, which peaked at number three on the Billboard 200. The album was supported by the single “Unforgettable”, featuring Swae Lee, which became Montana’s first song as lead artist to reach the top 10 on the U.S. Billboard Hot 100.

It’s not good enough for me, since I been with you
It’s not gonna work for you, nobody can equal me
I’m gonna sip on this drink, when I’m messed up
I should know how to pick up
I’m gonna catch the rhythm while she push up against me
Ooh, and she tipsy
I had enough convo for 24
I peep’d you from across the room
Pretty little body, dancing like GoGo, aye
But you are unforgettable
I need to get you alone
Why not?
A flipping good time, never hurt nobody
I got a little drink but it’s not Bacardi
If you loved the girl then I’m so, so sorry
I got to give it to her like we in a marriage
Oh, like we in a hurry
No, no I won’t tell nobody
You’re on your level too
Tryna do what lovers ……..
Categories: Artist, Pop
Leave a Reply Cancel reply
Music Genre
Popular Artists
ABBA ALABAMA ALAN JACKSON ANDREW LLOYD WEBBER BEATLES BON JOVI BOOK OF MORMON BROOKS AND DUNN CATS CHILDREN'S SONG DISNEY EAGLES ELTON JOHN ELVIS PRESLEY ENGLEBERT HUMPERDINCK FRANK SINATRA GEORGE STRAIT HYMN IRISH JIM REEVES JOHNNY CASH KENNY CHESNEY KENNY ROGERS KISS KYLIE MINOGUE LADY GAGA LES MISERABLES LONESTAR MADONNA MAMMA MIA MARIAH CAREY MATILDA MERLE HAGGARD MICHAEL BUBLE MICHAEL JACKSON NAT KING COLE OASIS PINK PURCELL QUEEN ROBBIE WILLIAMS ROD STEWART TAYLOR SWIFT TIM MCGRAW TRADITIONAL