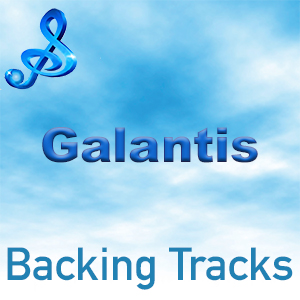 Galantis is a Swedish electronic dance music production, songwriting and DJ duo consisting of Christian Karlsson and Linus Eklöw. Karlsson is also known as Bloodshy as part of two other musical groups, a duo (Bloodshy & Avant) and a trio (Miike Snow). Eklöw is known as Style of Eye. The duo is best known for their biggest hit singles “Runaway (U & I)”, “Peanut Butter Jelly” and “No Money”.

With a hit album, headlining major shows, and two Grammy nominations under their belts, producers/DJs Christian Karlsson and Linus Eklöw of Galantis had a stellar 2015. Their debut album, Pharmacy (Big Beat/Atlantic Records), was released June 2015 and reached No. 1 on the Billboard Dance album chart on the strength of hit singles like “Peanut Butter Jelly” and “Runaway (U & I),” It went gold in three countries and had streaming numbers upwards of 430 million.

Galantis started back in 2009 after Karlsson had been working alongside the likes of Madonna, Kylie Minogue, Katy Perry and Britney Spears as a songwriter. It was during this time that he met Eklow and the duo released released their self-titled EP in 2014.

They earned two Grammy nominations from their works and “Runaway (U & I)” hit No. 1 on the iTunes Dance Charts in 15 different countries – was nominated for “Best Dance Recording” and “Best Remixed Recording” for its Kaskade remix.