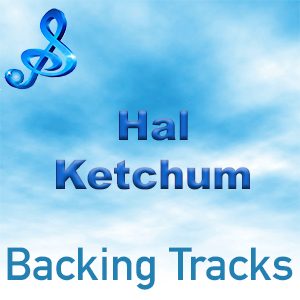 Hal Ketchum is an American country singer / songwriter / drummer and guitarist. He began drumming at age 15 and soon joined an R&B trio. He went to Nashville in 1986 to write songs, and three years later released his debut album “Threadbare Alibis” but it was his album “Past the Point of Rescue”, in 1991 that garnered him a place on the country music scene. The first single “Small Town Saturday Night”  reached number two. He joined the Grand Ole Opry in the mid 1990’s.

In the late 1990’s Hal was diagnosed with a debilitating illness which meant he had to relearn a lot of basic skills as well as guitar playing but once this was accomplished, he was back in the studio recording and out on tour.

Hal Ketchum Backing Tracks: My Veronica… Past The Point Of Rescue… Small Town Saturday Night… Some Girls Do…Mama Knows The Highway, Some Girls Do, Stay Forever, That’s What I Get For Losing You