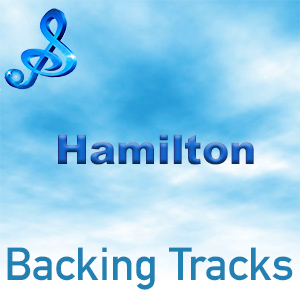 Hamilton – An American Musical is a sung- and rapped-through musical about the life of American Founding Father Alexander Hamilton, with music, lyrics, and book by Lin-Manuel Miranda.  Inspired by the 2004 biography Alexander Hamilton by historian Ron Chernow. Incorporating hip hop, R&B, pop, soul, traditional-style show tunes, and color-conscious casting of non-white actors as the Founding Fathers and other historical figures, the musical achieved both critical acclaim and box office success.

In 2016, the musical received a record-setting 16 Tony nominations, winning 11, including Best Musical, and was also the recipient of the 2016 Grammy Award for Best Musical Theater Album and the 2016 Pulitzer Prize for Drama.

The musical begins with the company summarizing Alexander Hamilton’s early life as an orphan in the Caribbean (“Alexander Hamilton”). After arriving in New York in 1776, Hamilton meets Aaron Burr, John Laurens, the Marquis de Lafayette, and Hercules Mulligan (“Aaron Burr, Sir”), and impresses them with his rhetorical skills (“My Shot”). They affirm their revolutionary goals to each other (“The Story of Tonight”). “The Schuyler Sisters”, Angelica, Eliza, and Peggy, are then introduced. King George then insists on his authority (“You’ll Be Back”). During the New York and New Jersey campaignHamilton accepts a position as George Washington’s aide-de-camp (“Right Hand Man”) instead of field command.

Hamilton marries Eliza Schuyler (“Helpless”) as her sister Angelica suppresses her feelings for the sake of their happiness (“Satisfied”). Burr reflects on Hamilton’s swift rise while considering his own career and more cautious style (“Wait For It”).

Hamilton’s friend Laurens duels General Charles Lee, with Hamilton and Burr as their seconds. Laurens injures Lee and Lee yields (“Ten Duel Commandments”). Hamilton is temporarily suspended by Washington over the duel but recalled to help plan the final Siege of Yorktown (“Yorktown (The World Turned Upside Down)”).

Soon after the victory at Yorktown, Hamilton’s son Philip is born, while Burr has a daughter, Theodosia (“Dear Theodosia”). Hamilton receives word that Laurens has been killed in a seemingly pointless battle and throws himself into his work (“Tomorrow There’ll Be More of Us”). He co-authors The Federalist Papers and is selected as Secretary of the Treasury by newly-elected President Washington. Angelica moves to London with her new husband (“Non-Stop”).

In 1789, Thomas Jefferson and Hamilton debate the merits of Hamilton’s financial plans during a Cabinet meeting. Washington pulls Hamilton aside, and tells him to figure out a compromise to win over Congress (“Cabinet Battle #1”).

Eliza and her family, along with Angelica, back from London, travel upstate during the summer, while Hamilton stays home to work on the compromise (“Take a Break”). Hamilton begins an affair with Maria Reynolds, making him vulnerable to her husband’s blackmail (“Say No To This”). Hamilton, Jefferson and James Madison create the Compromise of 1790 over a private dinner, exchanging Hamilton’s financial plan for placing the country’s permanent capital on the Potomac River. Burr is envious of Hamilton’s sway in the government and wishes he had similar power (“The Room Where It Happens”).

In another Cabinet meeting, Jefferson and Hamilton argue over whether the United States should assist France in its conflict with Britain. Washington ultimately agrees with Hamilton’s argument for remaining neutral (“Cabinet Battle #2”). Washington decides to retire from the presidency and Hamilton assists in writing a farewell address (“One Last Time”).

John Adams becomes the second President and fires Hamilton, who publishes an inflammatory critique of the new president as a response (“The Adams Administration”). Hamilton’s affair with Reynolds becomes public (“The Reynolds Pamphlet”), damaging his relationship with Eliza (“Burn”). Their son Philip dies at age 19 in a duel with George Eacker (“Blow Us All Away”), causing a reconciliation between Alexander and Eliza (“It’s Quiet Uptown”).

Hamilton’s endorsement of Jefferson in the presidential election of 1800 results in further animosity between Hamilton and Burr. Burr challenges Hamilton to a duel via an exchange of letters (“Your Obedient Servant”). Hamilton dies with his wife and Angelica at his side. Burr laments that even though he survived, he is cursed to be the villain who killed Alexander Hamilton (“The World Was Wide Enough”). The close of the musical is a reflection on historical memory and “Who Lives, Who Dies, Who Tells Your Story”.