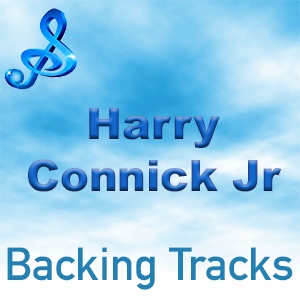 Harry Connick Jr – Joseph Harry Fowler Connick Jr. (born September 11, 1967) is an American singer, songwriter, musician, and actor. He has sold over 28 million albums worldwide and is ranked among the top 60 best-selling male artists in the United States by the Recording Industry Association of America. He has had seven top 20 US albums, and ten number-one US jazz albums, earning more number-one albums than any other artist in US jazz chart history.

Connick was born in New Orleans, where he began performing as a pianist and vocalist at the age of five.  He was taught by two of the city’s keyboard legends: James Booker, who allowed a pre-teen Harry to sit with him as he performed at local clubs, and Ellis Marsalis, who provided more structured instruction through Harry’s teenage years.  He left for New York at the age of 18 possessing a great command of jazz and popular music styles.

Connick’s music career took off a year later when he signed with Columbia Records and released his first album “Harry Connick Jr.”, which revealed his brilliant piano technique and vivid musical imagination. This album was mainly instrumental, but in 1988, his follow up album featured his vocals which added to his growing acclaim.

Connick achieved multi-platinum success with “When Harry Met Sally”: the soundtrack to the 1989 comedy film.  It was his first performance with a big band and he enjoyed the experience so much, he went on to formed his own which has featured in recordings and live performances over the decades.

Connick’s best-selling album in the United States is his Christmas album “WhenMy Heart Finds Christmas” (1993). His highest-charting album is his release “ Only You“ (2004), which reached No. 5 in the U.S. and No. 6 in Britain. He has won three Grammy Awards and two Emmy Awards.