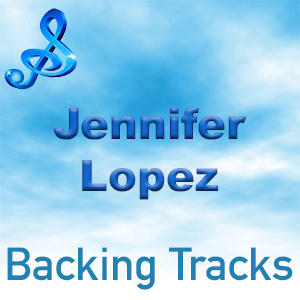 Jennifer Lopez is an American actress, singer, dancer, producer and fashion designer. Jennifer Lopez became the first Latina to get $1 million for a movie role. She is also an accomplished musician. She is one of the most successful ladies in Hollywood. Her music career has also been on the top level. Her most notable film roles are Selena, Out of Sight, Anaconda, Maid in Manhattan, Shall We Dance, Money Train and Parker. Jennifer Lopez is the most influential Hispanic performer in United States of America. Waiting for Tonight, Dance on the Floor and Ole Ole are few of her hit songs.

She was born on July 24 1969. She was brought up in Bronx. Her parents are Guadalupe Rodriguez and David Lopez. They were relatively poor during her childhood. At the age of 5 Jennifer started music classes. She has an elder sister named Leslie. They also have a younger sister named Lynda Lopez. Lynda Lopez is a Journalist. While still in high school Jennifer Lopez was cast in My Little Girl. After that she decided to become a famous movie star. She was a dancer in the series In Living Color.

In 1993 she decided to become a full time actress andstarred alongside Wesley Snipes and Woody Harrelson in the Money Train.

In 1999 Jennifer Lopez topped the Billboard Hot 100 with her debut album On the 6. After the success of her following album J.Lo she became one of the hottest pop stars in the world. She is currently the highest paid Latin entertainer in United States. She recorded the official FIFA World Cup 2014 song with Pitbull and Claudia Leitte.

Jennifer Lopez became a sex symbol during her rise to fame. She has always been listed amongst the sexiest women in the world. She married a waiter Ojani Noa in 1997. They divorced a year later. Jennifer Lopez then married Chris Judd in 2001. The married lasted only two years. She later married Marc Anthony in 2014. Lopez gave birth to twins Emme and Maximilian in 2008. The couple divorced in 2014. Jennifer Lopez also had a high profile relationship with actor Ben Affleck after her second marriage.