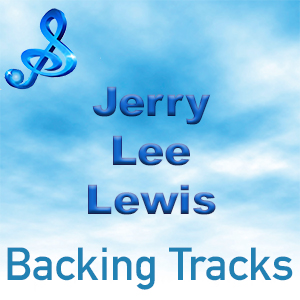 Jerry Lee Lewis (born September 29, 1935) is an American singer-songwriter, musician, and pianist, often known by his nickname, The Killer. He has been described as “rock & roll’s first great wild man”.

He began playing the piano at the age of 9, copying the styles of preachers and black musicians, and gave his first public performance at 14.  With his innovative and flamboyant piano playing and catchy up-tempo songs, Jerry Lee Lewis emerged as one of rock music’s early showmen in the 1950s.

Lewis made his first recordings in 1956 at Sun Records in Memphis. “Crazy Arms” sold 300,000 copies in the South, but it was his 1957 hit “Whole Lotta Shakin’ Going On” that shot Lewis to fame worldwide. This was followed by “great Balls of Fire”, “Breathless” and “High School Confidential”.

Lewis’s career faltered and his popularity faded when, at 22, he married his 13-year-old cousin.  He had little success in the charts following the scandal and his performance fees plummeted from $10,000 per night to $250. He was determined to regain his popularity. In the 1960s he had a few chart successes, such as “What’d I Say”. His live performances were becoming increasingly wild and energetic. His album “Live at the Star Club, Hamburg” (1964) is regarded by music journalists and fans as one of the wildest and greatest live rock and roll recordings.

In the late 60s, Lewis made the transition to country music and had hits with songs such as “Another Place, Another Time”. His career took off again, with him regularly topping the country and western charts with hits including “To Make Love Sweeter for You” and “Me and Bobby McGee”.

Lewis’s successes continue into the 21st Century, where he still tours around the world and releases new albums.  His album “Last Man Standing” is his best-selling to date, with over a million copies sold worldwide. This was followed by “Mean Old Man” which has received some of the best sales of his career.

Lewis has been awarded a dozen gold records in both rock and country. He has won several Grammy awards including a Lifetime Achievement award. He was inducted into the Rock and Roll hall of Fame in 1986.