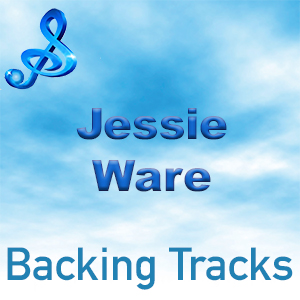 Jessie Ware (born October 15th, 1984) is a British singer/songwriter from South London. When she was growing she is said to have been inspired by the music of classic jazz and pop artists like Frank Sinatra and Ella Fitzgerald and performed in musicals at school. She initially studied to become a journalist until someone asked her to sing some backing vocals for the BBC.

She has been nominated for several music awards.

It’s getting late for me
But it’s too early for you
I shouldn’t wait but
This one I’m not gonna lose
I see it, forever
I got my start off at 10
You give your love for free
So won’t you say it again
That this is all that you need
Can you see it?
Can you see it?Tell me what we’re waiting for
I only wanna love[Chorus]
I don’t wanna try alone
We could dream it all
Don’t wanna stop the thought
With you and I forever
Forever
I only wanna team with you
We could dream it all
Don’t wanna stop the thought
With you and I forever
ForeverSometimes you gotta push to start
And then we’re gonna go until the wheels fall off
Till the wheels fall off
Can’t you see it?
It’s forever[Chorus]Oooh…
Oooh-ooh-ooh…
Ooh-ooh-oooh-ooh-ooh…
Oooh-ooh-ooh…[Chorus]
Categories: Artist, Pop
Leave a Reply Cancel reply
Music Genre
Popular Artists
ABBA ALABAMA ALAN JACKSON ANDREW LLOYD WEBBER BEATLES BON JOVI BOOK OF MORMON BROOKS AND DUNN CATS CELINE DION CHILDREN'S SONG DISNEY EAGLES ELTON JOHN ELVIS PRESLEY ENGLEBERT HUMPERDINCK FRANK SINATRA GARTH BROOKS GEORGE STRAIT HYMN IRISH JIM REEVES JOHNNY CASH KENNY CHESNEY KENNY ROGERS KISS KYLIE MINOGUE LADY GAGA LEANN RIMES LES MISERABLES LONESTAR MADONNA MAMMA MIA MARIAH CAREY MATILDA MERLE HAGGARD MICHAEL BUBLE MICHAEL JACKSON NAT KING COLE PINK PURCELL ROBBIE WILLIAMS TAYLOR SWIFT TIM MCGRAW TRADITIONAL