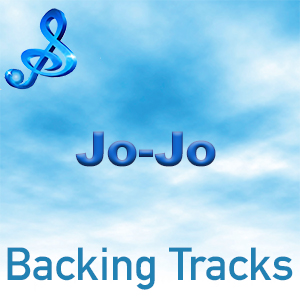 JoJo Levesque is an American singer, songwriter, and actress. She notched a #1 hit on the Billboard Pop Songs chart with her debut single, “Leave (Get Out),” (2003) when she was only 13 and was the youngest solo artist to have a #1 single in the U.S.

As both her parents were singers, JoJo was surrounded by music and was imitating artists she heard on the radio from as early as 2 and by the age of 6 she was appearing on TV shows, including the “Oprah Winfrey Show”.

She was the opening act for Usher during his summer 2004 European tour and made a round of appearances on TV as well as fulfilling concert dates and doing interviews.

JoJo’s second album was released in October 2006 and the lead single, “Too Little Too Late”, was released in August 2006 and reached number three on the Billboard Hot 100. She has also released two mixtapes independentl, as well as two EPs.  As of November 2013, she has sold more than 7 million albums worldwide and has sold over 2.1 million albums and 4 million digital downloads in the United States alone.

In addition to her music career, JoJo also launched a career in acting on TV and the big screen.