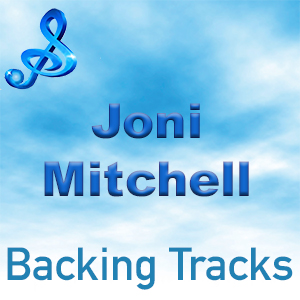 Joni Mitchell, is a Canadian singer-songwriter.Rolling Stone called her “one of the greatest songwriters ever”. Drawing from folk, pop, rock, and jazz, Mitchell’s songs often reflect social and environmental ideals as well as her feelings about romance, confusion, disillusionment, and joy. She has received many accolades, including 9 Grammy Awards.

Joni Mitchell was born on November 7, 1943, in Fort Macleod, Canada. In 1968, she recorded her first, self-titled album. Other highly successful albums followed. Mitchell won her first Grammy Award (best folk performance) for her 1969 album, Clouds. She has won seven more Grammy Awards since then, in several different categories, including traditional pop, pop music and lifetime achievement.

Singer-songwriter Joni Mitchell was born Roberta Joan Anderson on November 7, 1943, in Fort Macleod, Canada. At the age of 9, Mitchell contracted polio, and it was during her recovery in the hospital that she began performing and singing to patients. After teaching herself how to play the guitar, she went off to art college and quickly emerged as one of the leading folk performers of the late 1960s and ’70s.

At the beginning of her career, Mitchell’s compositions were highly original and personal in their lyrical imagery. It was this style that first attracted attention among folk-music audiences in Toronto while she was still in her teens. She moved to the United States in the mid-1960s, and in 1968, she recorded her first album, Joni Mitchell, produced by David Crosby.

Other highly successful albums followed. Joni Mitchell won her first Grammy Award (best folk performance) in 1969, for her sophomore album, Clouds. Her third album, Ladies of the Canyon, was a mainstream success for the folk singer, becoming her first gold album, which included the hits “The Circle Game” and “Big Yellow Taxi.” It was during this time she was already starting to experiment with pop and rock genres.

Her album Court and Spark (1974) signaled her foray into jazz and jazz fusion and was lauded by critics; it ended up becoming her most commercially successful project to date and was nominated for four Grammy Awards, of which Mitchell won for best instrumental arrangement accompanying vocalist(s).

Over the past four decades, Mitchell has garnered several Grammys in various categories, including traditional pop, pop music and lifetime achievement. Her other notable successful recordings include Blue (1971), The Hissing of Summer Lawns (1975), the highly experimental Hejira (1976) and Turbulent Indigo (1994).

Mitchell wasn’t the only one making hits with the songs she wrote. Other musicians have recorded successful covers of her songs, including Judy Collins; the Counting Crows; and Crosby, Stills, Nash and Young.

Mitchell’s later albums include Taming the Tiger (1998), Both Sides Now (2000) and the compilation albums Dreamland (2004) and Songs of a Prairie Girl (2005). In addition to her own extensive body of work, she has been an enormous influence on several other artists with her unique guitar styling and expressive lyrics.

In an interview with Rolling Stone in 2002, Mitchell announced she was retiring due to her frustration with the music industry, referring to it as a “cesspool.” However, she didn’t adhere to her statement, as she became busier than ever with the release of various compilations consisting of her earlier works.

In 2007 she released Shine, her first album of new songs in almost a decade. Politically charged and environmentally conscious, the album was a Billboard success and was Mitchell’s nineteenth and final studio album.

Besides claiming her voice has faltered from complications due to polio and a compressed larynx, Mitchell then dealt with other health issues. She sought treatment for Morgellons disease, which is described as “an uncommon, unexplained skin disorder characterized by sores, crawling sensations on and under the skin, and fiber-like filaments emerging from the sores,” according to the Mayo Clinic.

In 2015, Mitchell experienced another health crisis. News broke in late March that the singer had been hospitalized. Some reports later indicated that she was in a coma, but a spokesperson for the singer corrected that error. Leslie Morris, a friend of Mitchell’s, was appointed her conservator by a California judge in May.

That June, singer David Crosby claimed that Mitchell was unable to talk in an interview with the Huffington Post. Morris, through JoniMitchell.com, released a statement to clarify Mitchell’s condition. She acknowledged that the singer had suffered an aneurysm, but was expected to make a “full recovery.” Morris also addressed Crosby’s comment, saying that “Joni is speaking, and she’s speaking well. She is not walking yet, but she will be in the near future as she is undergoing daily therapies. She is resting comfortably in her own home and she’s getting better each day.”

While an art student in college, Mitchell got pregnant and gave birth to Kelly Dale Anderson in 1965. The birth father refused to marry Mitchell, and she felt she had no choice but to give her daughter up for adoption. The adoptive parents renamed the baby girl Kilaruen Gibb. After keeping her daughter a secret and being separated from her for over 30 years, Mitchell reunited with her in 1997.

A few weeks after giving birth to Kilaruen, Mitchell met American folk singer Chuck Mitchell and married him 36 hours after meeting him. The couple left for Michigan where they had an official ceremony in June 1965 and she took his last name. They divorced two years later.

In 1982 Mitchell married bassist Larry Klein, who worked on her album Wild Things Run Fast. Klein soon became an established music producer and worked on a number of Mitchell’s albums throughout the late ’80s and early ’90s. While the couple worked on Turbulent Indigo, they eventually divorced in 1994. The following year Turbulent Indigo won a Grammy for best pop album.