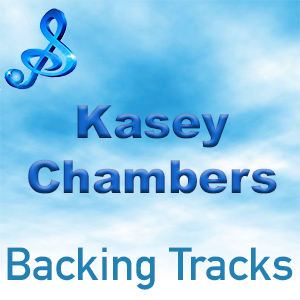 Kasey Chambers is an Australian country singer-songwriter. She is the daughter of singer and musician Bill Chambers, and the sister of musician and producer Nash Chambers.

Her family started a band, playing in the bars and clubs they encountered on their travels. The so-called Dead Ringer Band released Red Desert Sky on the Larrikin label in 1993. They built up a following and attracted good reviews for two subsequent releases on the Massive label, 1995’s Home Fires and 1997’s Living In The Circle. They had big Australian hits with Kasey’s own song, ‘Already Gone’, and a chart-topping cover version of Maria McKee’s ‘Am I The Only One (Who’s Ever Felt This Way?)’. In 1998 they released their final album, Hopeville.

Chambers’ debut solo album, The Captain, dedicated to her boyfriend Captain Eddie, reaped numerous awards and sold 70, 000 copies in Australia before being released worldwide to even further acclaim. Her father played guitar and Nash produced The Captain, and the trio travelled to the UK with additional musicians for performances in 2000. Chambers’ second solo album, Barricades & Brickwalls, was an intense, thoughtful collection which received glowing reviews and broke the singer into the US market. Her third album, Wayward Angel, was released after a two-year hiatus during which Chambers gave birth to her son.

Source: The Encyclopedia of Popular Music by Colin Larkin.