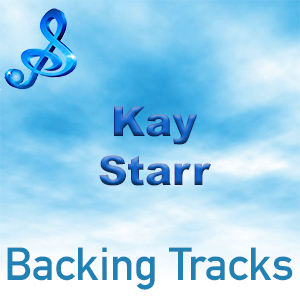 Kay Starr, was an American pop and jazz singer who enjoyed considerable success in the 1940s and 1950s. She is best remembered for introducing two songs that became #1 hits in the 1950s, “Wheel of Fortune” and “Rock And Roll Waltz.

As a youngster she was encouraged to enter a local talent contest at which she won a prize for singing and operating a yo-yo simultaneously. After winning several more contests a radio station gave her a 15-minute radio programme of her own.

After several years touring as female vocalist with many big bands and in about 1947 she was able to strike out on her own and carved a very successful career as a cross over solo recording artist.