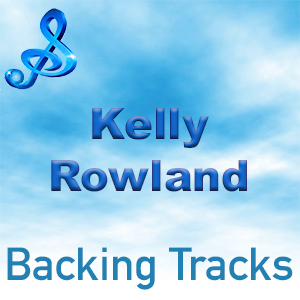 Kelendria Trene Rowland (born February 11, 1981) better known as Kelly Rowland is an American singer, songwriter, actress and television personality. Rowland rose to fame in the late 1990s as the second lead singer of Destiny’s Child, one of the world’s best-selling girl groups of all time

Kelly Rowland was born on February 11, 1981, in Atlanta, Georgia. She was a member of the top-selling American R&B girl group Destiny’s Child. Along with her group mates, Rowland has won multiple Grammy Awards and has sold more than 50 million records worldwide. Rowland has recorded a number of solo albums and has starred as a judge on the UK talent show The X Factor.

Before being a child of destiny, Kelly Rowland was simply Kelendria Trene Rowland, daughter of Doris Rowland Garrison and Christopher Lovett, born on February 11, 1981, in Atlanta, Georgia. Rowland grew up inspired by Whitney Houston and—like her idol—sang in the church choir. At 7, Rowland’s mother left her father due to domestic abuse and moved the family to Houston, Texas. There, Kelly met another budding songstress, Beyoncé Knowles. According to reports, Doris felt it was better for her daughter to live with the Knowles, and Beyoncé’s parents Matthew and Tina agreed to provide legal guardianship over Kelly.

In the early ’90s, Kelly Rowland and Beyoncé Knowles performed as part of the band Girl’s Tyme. The group even competed on the nationally televised talent show Star Search. Although they lost, they continued to perform at local schools, day-care centers and other events around Houston, slowly gaining recognition for their singing and dancing talent. By 1997, the group had signed a record deal with Columbia under the name Destiny’s Child, managed by Matthew Knowles.

Over the next few years, Rowland would provide lead and background vocals on three successful albums: Their self-titled full-length debut in 1997, The Writing’s on the Wall in 1999 and Survivor in 2001. By the time she was 18, Rowland was a millionaire—a milestone for which she has credited Matthew Knowles.

After releasing Survivor, the group went on hiatus to work on solo projects. In 2002, Rowland released her solo album, Simply Deep, featuring a duet with rapper Nelly, called “Dilemma,” which spent two months at the top of the charts. Two years later, Destiny’s Child reunited to record their fourth album, Destiny Fulfilled. But, in a surprise announcement during a show in Barcelona, Spain, Rowland announced to 16,000 fans that the band was calling it quits. “We have been working together as Destiny’s Child since we were 9, and touring together since we were 14,” the band said in a statement. “After a lot of discussion and some deep soul searching, we realized that our current tour has given us the opportunity to leave Destiny’s Child on a high note, united in our friendship and filled with an overwhelming gratitude for our music, our fans and each other.”

On her own again, Rowland released a second solo album in 2007, Ms. Kelly. The album received only moderate success and, two years later, she fired manager Matthew Knowles. Her subsequent solo album, Here I Am (2011), was released through the label Universal Motown, and garnered warm reviews by critics.

In 2011, Rowland appeared as a judge on the U.K. televised music competition The X Factor but left after one season. That same year, the singer attracted media attention after experiencing a wardrobe malfunction during a concert in New Jersey. The singer’s chest was exposed for a brief period of time during the mishap.