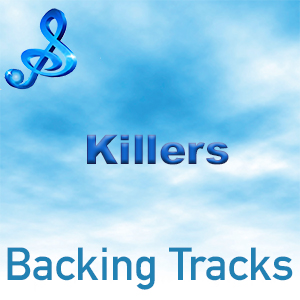 The Killers are an American rock band. All the band members were working odd jobs and playing in various local bands in Las Vegas when the line-up was finalised in 2002.

The Killers is reportedly the most successful rock band to ever emerge from the state of Nevada, USA and have sold in excess of 22 million records worldwide. They have also achieved worldwide success as a live band, performing across countries and continents and have performed at venues such as Madison Square Garden and Wembley Stadium.

In 2010 the band announced that they would take a short break during which band members worked on solo projects but they returned to the stage in 2011 and went on to record more albums and headlined V Festival 2014.

Their awards and nominations are numerous, including Best New Artist in a Video at the 2005 MTV VMAs,  Best Rock Video, Best Group Video, and Best Art Direction in a Video for “Mr. Brightside”.