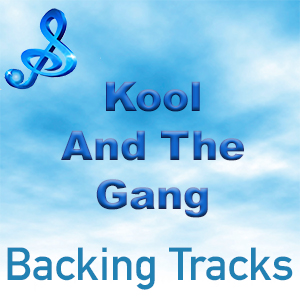 Kool & the Gang are an American band formed in Jersey City, New Jersey in 1964 by brothers Robert “Kool” Bell and Ronald Bell, with Dennis “D.T.” Thomas, Robert Mickens, Charles Smith, George Brown, and Ricky West. They have undergone numerous personnel changes and musical styles throughout their history, including jazz, soul, funk, rock, and pop music. After settling on their name following several changes, the group signed to De-Lite Records and released their debut album, Kool and the Gang (1969).   Hits include: “Get Down On It”, “Joanna”,  “Fresh” and “Cherish“.

Kool And The Gang has sold over 70 million albums worldwide and influenced the music of many. Thanks to songs like “Celebration”, “Cherish” and “Jungle Boogie” they’ve earned two Grammy Awards, seven American Music Awards, 25 Top Ten R&B hits, nine Top Ten Pop hits, and 31 gold and platinum albums. Kool And The Gang has performed continuously for the past 45 years.

In 1979, James Taylor joined as lead singer and Kool and the Gang  moved away from funk and closer to a rhythm & blues and pop music sound.

More international hits followed in the early 1980s, including, “Get Down On It”, and “Joanna”. The 1984 album Emergency  produced four Top 20 pop hits, including “Fresh” and “Cherish“.