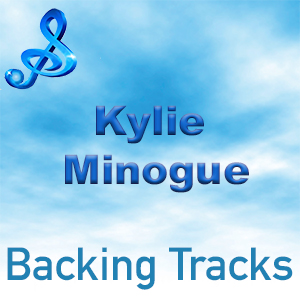 Kylie Minogue rose to fame as a teen actress playing the character Charlene in the soap opera Neighbours.

She switched over to music and had a hit with her cover of “The Loco-motion,” first made famous by Little Eva and subsequently signed up with producers Stock/Aitken/Waterman in 1987. She made history by having more than 20 consecutive top ten hits in the UK.

Affectionately known as the “Princess of Pop”  Kylie is recognised as the highest-selling Australian artist of all time by the Australian Recording Industry Association (ARIA) and was awarded an OBE in 2008 for services to music.

Kylie Minogue is an actress and singer who’s dominated the international pop and dance charts with hits like “Can’t Get You Out of My Head” and “Slow.”

Born in Melbourne, Australia, on May 28, 1968, Kylie Minogue was a TV actress before switching to music and scoring with a remake of “The Loco-motion.” She’s become a global phenomenon with an array of dance/electronica hits, including “Spinning Around,” “Can’t Get You Out of My Head,” “Slow” and “Time Bomb.” In 2012, Minogue celebrated 25 years of musical performances with several special releases.

Born in Melbourne, Australia, on May 28, 1968, Kylie Minogue rose to fame in her native country as a teen playing the character Charlene in the soap opera Neighbors starting in 1986. She switched over to music and had a hit with her cover of “The Loco-motion,” first made famous by Little Eva.

Minogue went on to join the production team of Stock, Aitken & Waterman, and released her debut album, Kylie, in 1988. Minogue grew an international fan base with several dance-pop albums and singles, yet eventually left the Stock & Co. team behind. She played with a more indie sound with her Nick Cave collaboration and some of the fare on her 1997 album Impossible Princess. Then, in 2000, she released the album Light Years with the single “Spinning Around,” cementing her standing as a major figure in the world of dance and electronica for years to come.

‘Can’t Get You Out of My Head’

In 2002, Minogue released Fever, a mammoth international hit that contained the single “Can’t Get You Out of My Head.” The song was huge and made waves in the United States, going to No. 3 on the Billboard pop charts and landing at No. 1 on the dance charts. “Can’t Get You Out of My Head” would be the first of a slew of Minogue songs that would top the dance charts over the next few years, including “Slow,” “Get Outta My Way” and “Better Than Today.”

In 2004, Minogue put forth the album Body Language. The following year, during her Showgirl tour, she was diagnosed with breast cancer and took time off to receive treatment and have surgery. Breast-cancer charity donations saw an upsurge along with more women requesting information on the disease.

After her recovery, Minogue released the 2007 album X, including the singles “2 Hearts” and “All I See Is You.” In 2009, she dropped a live album from New York and released Boombox, a remix album with raucous, wild musical reworkings featuring production by the likes of Fischerspooner and The Chemical Brothers. She went on to release Aphrodite (2010), including the lead single “All the Lovers.”

In 2012, Minogue reached No. 1 on the dance charts once again with “Time Bomb,” whose release helped mark her 25th year of musical performances. To celebrate, she also put out a greatest-hits compilation and The Abbey Road Sessions, which sets previous work to orchestral arrangements.

Minogue has dominated the charts in the United Kingdom, Australia and other countries for years, with more limited output in the United States. She has sold out stadium-size arenas and is lauded for her music-video visuals, presenting sensual, swirling extravaganzas of color and movement: She’s a space-age dancer in the clip for “Wow,” a bathing beauty surrounded by a sea of men and women for “Slow” and an ethereal, gowned goddess figure for “I Believe in You.”

In addition to her successful music career, Minogue has made several movie appearances over the years, including 1989’s The Delinquents and 2000’s Moulin Rouge. In 2012, she starred in the indie film Jack and Diane and French director Léos Carax’s Holy Motors.