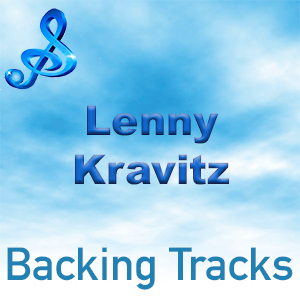 Lenny Kravitz is an american artist who was born in Brooklyn, New York. His first album, Let Love Rule, was released in 1989. In 1998, his album Five won him his first Grammy Award. In 2004, he released the album Baptism followed by It is Time for a Love Revolution (2008) and Black and White America (2011).

Lenny, who had developed a passion for music at an early age, joined the California Boys Choir. Displaying his raw talent on several instruments, Kravitz was also accepted into the music program at Beverly Hills High School. After graduation he took to the road as “Romeo Blue” and peddled his music to record labels. He finally landed a deal with Virgin records.

In addition to singing lead and backing vocals, Kravitz often plays all of the instruments himself when recording.

In 2009, Kravitz made his big-screen debut in the Oscar-nominated movie Precious. He also had a small part in the film The Hunger Games (2012) and Catching Fire.