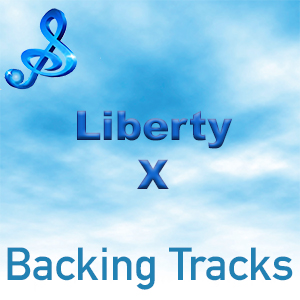 Liberty X  were a British-Irish group formed by the five finalists of the ITV talent show Popstars who failed to make it into the group Hear’Say.

The group was formed by the five finalists of the ITV talent show Popstars who failed to make it into the group Hear’Say. Liberty X went on to achieve ten consecutive UK Top 20 singles, and various charting singles worldwide, leading to greater commercial success than Hear’Say. Following the release of two singles the group were forced to change their name due to another act already using the name Liberty, the group took legal action although lost and therefore altered their name.

The group released their debut album Thinking It Over on 27 May 2002 which featured their biggest single “Just a Little”, which gave them international success. They released their second studio album Being Somebody a year later on 3 November 2003 although not matching the success of their debut. Following disappointing sales the group were dropped and later signed with V2 and released a final studio album X on 10 October 2005. Liberty X disbanded in early 2007, though not officially confirming a split due to their popularity in the media eye declining. However they re-formed a year later in 2008, for a one-off appearance in Belfast performing their biggest hits, this would be the final appearance as band before reforming in 2012.

On 18 October 2012, it was announced that Liberty X would be reforming for the ITV2 documentary series The Big Reunion, along with Five, Atomic Kitten, 911, B*Witched and Honeyz. The show, which aired from 31 January to 28 March 2013, followed the groups rehearsing for two weeks ahead of one major comeback performance at the London Hammersmith Apollo on 26 February. Lundon confirmed that Liberty X would not continue following the series and that this would be their chance to “say a proper goodbye to fans”. However, on 2 February 2014, the group announced via their Facebook page that they had signed to 365 Artists Management “for our future creative and business affairs.”