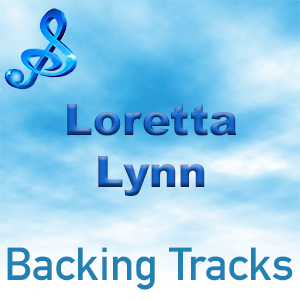 Loretta Lynn is a Grammy-winning singer-songwriter known for ‘Coal Miner’s Daughter,’ ‘Woman of the World,’ ‘Love Is the Foundation,’ ‘Trouble in Paradise’ and ‘Feelins’,’ among many other country hits.

Loretta Lynn is a Grammy-winning singer-songwriter known for ‘Coal Miner’s Daughter,’ ‘Woman of the World,’ ‘Love Is the Foundation,’ ‘Trouble in Paradise’ and ‘Feelins’,’ among many other country hits.

Who Is Loretta Lynn?

Born Loretta Webb in Butcher Hollow, Kentucky, in 1932, Loretta Lynn became a mainstay on the country charts after landing a Top 10 hit with the aptly named “Success.” Penning tracks that were often autobiographical and authentic, she wrote the No. 1 song “Coal Miner’s Daughter,” later publishing a book by the same name and seeing her life story depicted in an Oscar-nominated film. Throughout the ’60s and ’70s, Lynn had a slew of hits that included the chart-toppers “Fist City,” “Women of the World (Leave My World Alone), “One’s on the Way,” “Trouble in Paradise” and “She’s Got You,” as well as an array of popular collaborations with Conway Twitty. A member of the Country Music Hall of Fame, Loretta Lynn reinvigorated her career in 2004 with the Grammy-winning Van Lear Rose, produced by Jack White, followed by the 2016 album Full Circle.

Born Loretta Webb on April 14, 1932, in Butcher Hollow, Kentucky, Loretta Lynn grew up in a small cabin in a poor Appalachian coal-mining community. The second of eight children, Loretta began singing in church at a young age. Her younger sister Brenda Gail Webb also developed a love for singing and later went on to perform professionally as Crystal Gayle.

In January 1948, Loretta married Oliver Lynn (aka “Doolittle” and “Mooney”) a few months before her 16th birthday. (For some time, via her later autobiography and subsequent coverage, Lynn was reported to be 13 at the time of the marriage, though official birth documentation eventually confirmed her accurate age.) The following year, the couple moved to Custer, Washington, where Oliver hoped to find better opportunities. Over the next few years, he worked in logging camps and Loretta did odd jobs and looked after their four children—Betty Sue, Jack Benny, Ernest Ray and Clara Marie—who were all born by the time she turned 20.

But Loretta never lost her love of music, and with her husband’s encouragement she began to perform at local venues. Her talent soon landed her a contract with Zero Records, which released her first single, “I’m a Honky Tonk Girl,” in early 1960. To promote the song, the Lynns traveled to different country music radio stations, urging them to play it. Their efforts paid off when the song became a minor hit later that year.

Settling in Nashville, Tennessee, around that same time, Loretta began working with Teddy and Doyle Wilburn, who owned a music publishing company and performed as the Wilburn Brothers. In October 1960 she performed at the legendary country music venue the Grand Ole Opry, which led to a contract with Decca Records. In 1962 Loretta scored her first big hit with “Success,” which cracked the Top 10 on the country charts.

During her early days in Nashville, Lynn became friends with singer Patsy Cline, who helped her navigate the tricky world of country music. However, their budding friendship ended in heartbreak when Cline was killed in a 1963 plane crash. Lynn later told Entertainment Weekly, “When Patsy died, my God, not only did I lose my best girlfriend, but I lost a great person that was taking care of me. I thought, now somebody will whip me for sure.”

But Lynn’s talent would carry her through. Her first album, Loretta Lynn Sings (1963), reached No. 2 on the country charts, and was followed by a string of Top 10 country hits, including “Wine, Women and Song” and “Blue Kentucky Girl.” Soon recording her own material alongside standards and works by other artists, Lynn developed a talent for capturing the everyday struggles of wives and mothers while injecting them with her personal brand of wit. However, she did not shy away from more controversial material, as evident with her handling of the Vietnam War in the hit single “Dear Uncle Sam,” singing as the terrified lover of a draftee whom she doesn’t want to see sent to war. Meanwhile, on the home front, Lynn gave birth to twin daughters Peggy Jean and Patsy Eileen in 1964.

In 1966 Lynn had her highest-charting single to date with the No. 2 track “You Ain’t Woman Enough,” from the album of the same name. She followed in 1967 with her first No. 1 hit, “Don’t Come Home a Drinkin’ (with Lovin’ on Your Mind),” one of many Lynn songs featuring an assertive-yet-humorous female perspective. That year, she was named Female Vocalist of the Year by the Country Music Association. In 1968, her classic tune “Fist City,” a lyrical tell-off from one woman to another over her man, also reached the top of the country music charts.

Drawing from her own personal experiences of growing up poor but happy, in 1970 Lynn released perhaps her best-known song, “Coal Miner’s Daughter,” which quickly became a No. 1 hit. Teaming up with Conway Twitty, Lynn won her first Grammy Award in 1972, for the duet “After the Fire Is Gone.” The song was one of many successful collaborations between Lynn and Twitty, among a collection that included “Lead Me On,” “Louisiana Woman, Mississippi Man” and”Feelins’.” Performing songs that explored romantic—and sometimes adulterous—relationships, they won the CMA Vocal Duo of the Year award for four consecutive years, from 1972 to 1975.On her own, Lynn continued to churn out hits with Top 5 songs such as “Trouble in Paradise,” “Hey Loretta,” “When the Tingle Becomes a Chill,” and “She’s Got You.” She also managed to stir up controversy when she wrote about the changing times for female sexuality with 1975’s “The Pill,” which some radio stations refused to play. Lynn became known for saucy, inventive song titles like “Rated ‘X’,” “Somebody Somewhere (Don’t Know What He’s Missin’ Tonight)” and “Out of My Head and Back in My Bed”—all of which reached No. 1.In 1976, Lynn published her first autobiography, Coal Miner’s Daughter. The book became a best-seller, publicly revealing some of the ups and downs in her professional and personal life, especially her stormy relationship with her husband. In 1980, a film adaptation of the book was released, starring Sissy Spacek as Loretta and Tommy Lee Jones as her husband. Spacek won an Oscar for the role, with the film itself nominated for seven Academy Awards.

In the 1980s, as country music moved toward mainstream pop and away from a more traditional sound, Lynn’s domination of the country charts began to ebb. Still, her albums remained popular, and she enjoyed some success as a spokeswoman for a shortening company, while making appearances on the television series The Dukes of Hazzard, Fantasy Island and The Muppet Show. In 1982, Lynn had her most notable hit of the decade with “I Lie.”

However, the singer would have to grapple with personal tragedy during this time when her 34-year-old son, Jack Benny Lynn, drowned after trying to wade across a river on horseback. Lynn herself was hospitalized briefly for exhaustion before learning of her son’s death.

Inducted into the Country Music Hall of Fame in 1988, Lynn soon began scaling back her work to care for her husband, who was suffering from heart trouble and diabetes. She did make time to work with Dolly Parton and Tammy Wynette on the 1993 album Honky Tonk Angels, and in 1995 she starred in a limited-run television series, Loretta Lynn & Friends, while playing a handful of tour dates. Lynn’s husband died in 1996, marking the end of their 48-year marriage.

In 2000 Lynn released the studio album Still Country. While earning strong reviews, the set did not match her earlier successes in terms of sales. Lynn explored other outlets around this time as well, penning the 2002 memoir Still Woman Enough. She also struck up an unlikely friendship with Jack White of the alternative rock band the White Stripes. Lynn performed with the band in 2003, and White ended up producing her next album, Van Lear Rose (2004).

A commercial and critical smash hit, Van Lear Rose injected new life into Lynn’s career. “Jack was a kindred spirit,” Lynn explained to Vanity Fair magazine. White was similarly effusive in his praise: “I want as many people as possible on earth to hear her, because she’s the greatest female singer-songwriter of the last century,” he told Entertainment Weekly. The pair won two Grammy Awards for their work, for best country collaboration with vocals for the song “Portland, Oregon” and for best country album.

Following the success of Van Lear Rose, Lynn kept busy by playing numerous concerts each year. She had to cancel some tour dates in late 2009 due to illness, but bounced back by January 2010 to perform at the University of Central Arkansas. Her son Ernest Ray performed at the concert, as did her twin daughters, Peggy and Patsy—known as the Lynns. Not long afterward, Lynn was honored with a Grammy Lifetime Achievement Award as well as a tribute album featuring cover versions of her songs by a range of artists, including the White Stripes, Faith Hill, Kid Rock and Sheryl Crow. In 2013 she received the Presidential Medal of Freedom from Barack Obama.

Amid these and other accolades, tragedy struck Lynn again in July 2013, when her oldest daughter, Betty Sue, died of complications from emphysema, at age 64. But Lynn, then in her 80s, persevered, and in March 2016 she released Full Circle, which was produced by her daughter Patsy and John Carter Cash, the only child of Johnny Cash and June Carter. The album debuted at No. 4, returning Loretta Lynn to her familiar place at the top of the country charts. Coinciding with the album, the documentary Loretta Lynn: Still a Mountain Girl aired on PBS.

On May 4, 2017, the 85-year-old country legend suffered a stroke at her home and was hospitalized in Nashville. A statement on Lynn’s official website said she was responsive and expected to make a full recovery, though she would postpone upcoming shows. In October, Lynn made her first public appearance since the hospitalization when she inducted longtime friend Alan Jackson into the Country Music Hall of Fame.

The following January, it was announced that Lynn had fractured her hip in a New Year’s Day fall at her home. Revealing that she was doing fine, family members were able to put a humorous spin on the situation, citing Lynn’s energetic new puppy as the cause of the incident.