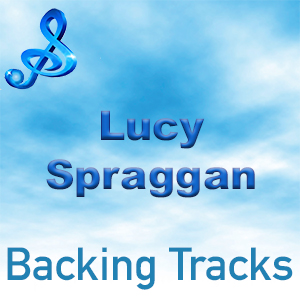 She auditioned for The X Factor in 2012, performing her own composition, “Last Night”. On 3 November 2012, it was announced she would be quitting her run on The X Factor due to illness, so she subsequently finished in ninth place, and second in her category.

Lucy has toured the US & Canada and the UK & Europe.

How could someone so beautiful end up like this?
She was bought up in an everyday council estate
Had friends and family who were never too far away
Even as a kid she’d sometimes lose her temper

Excluded for the fights
The same a few days later
Cause when she got angry, she’d flip, see red
“You’re too pretty for the violence,” her mum always said

Smashed her head so hard against the ground
She was unconscious for days
Passers by stop to witness the torture
While she stamped on the head of a policeman’s daughter
No remorse, for the course, of a Magistrate’s court
If was everybody else’s fault of course

And when she walked through the corridors all the boys stared
She craved to be wanted, she didn’t care how
She wanted everything including this guy Ben she liked now
He was 19, liked fighting and smoking the green

He was a dealer had a beamer
She thought he was a dream
She got his number, “are you OK?”
Text back, Chelsea Price

It was Monday they agreed to meet up on Friday night
She played it cool
The whole week she wondered what to wear
She planned her jewellery, her make-up, her shoes and her hair

The days went so slow, her school was so boring
But before she knew it it was already Friday morning
She was nervous and scared, but in a good way
She had no idea that it was no ordinary day

When she walked down the stairs, it was seven o’clock
He was coming at eight she had to iron her top
Seven forty five came and she looked gorgeous
Rapunzel let out too early from the fortress

[Verse 3]
She gets in the car says, “Hi,” they drive off
They head to a car park, where he can skin up
She gets into conversation, nods and smiles
And she feels so happy and not even shy

A girl pulls up, she sees Ben and screams
He puts the car in gear and gets ready to leave
This girl gets out of the car and stands in front
She screams, “That’s my fucking boyfriend, get out you little…”

Then there’s a pain in the middle of her stomach
The blood’s on her t-shirt
The other girl starts running
Chelsea’s heart thuds, panic sets in more
As she looks down at the pool of blood
And there’s a knife on the floor

Her last movements are the tears she’s crying
She thinks about her family as she lies there dying
She’s alone on her own because of the violence
Can’t hear people or friends or help or sirens
She whispers “I’m sorry,” there’s no one on the way
As she returns to an angel, and her soul slips away