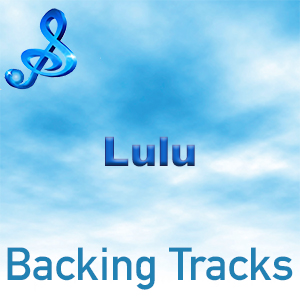 Lulu Kennedy-Cairns, OBE (born Marie McDonald McLaughlin Lawrie; 3 November 1948), best known by her stage name Lulu, is a Scottish singer and actress. She has been successful in the entertainment business since the 1960s and renowned for her powerful singing voice.

In 1967, she made her film debut in “To Sir With Love” and also sang the title song, with which she had a major hit in the United States where it reached No. 1. “To Sir With Love” became the bestselling single of 1967 in the US, selling well in excess of a million copies; and was awarded a gold disc in the UK.

On 29 March 1969, she represented the United Kingdom in the Eurovision Song Contest with the song “Boom Bang-a-Bang”, written by Peter Warne and Alan Moorhouse.  It won the contest and reached No 6 in the UK charts.

In 1974 she performed the title song for the James Bond film “The Man with the Golden Gun” and she covered David Bowie’s songs “The Man Who Sold the World” and “Watch That Man”. Bowie and Mick Ronson produced the recordings, with Bowie playing saxophone and providing back-up vocals. “The Man Who Sold the World” became her first top 10 hit in five years, peaking at number three in the UK chart in February 1974 and was a top 10 hit in several European countries.