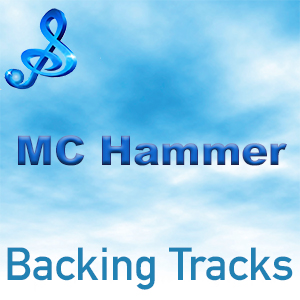 American hip hop artist M C Hammer achieved his greatest commercial success in the 1980’s – 1990’s. His songs are noted for being accompanied with brilliant choreography which resulted in fans copying his moves on dance floors across the world. Having won multiple awards including Grammy’s, MTV and the George and Ira Gershwin Award for Lifetime Musical Achievement, M C Hammer turned his attention to Christian preaching, television shows and recording / producing new upcoming acts on the music scene. He also has a keen interest in thoroughbred racehorses and film production.

M C Hamer Backing Tracks –  Do Not Pass Me By

“Do Not Pass Me By”
(with Tramaine Hawkins)

Pass me not Oh gentle saviour
Hear my humble cry
While the others thou are calling
Do not pass me byI’ve got the feelin’ and the feelin’s not the same
I did the hip hop a little hammer and the james
But a touch a touch from up above
And I get the feelin’ the feelin’ of your love
Reachin’ out (reachin’ out)
Callin’ for your people
To keep us all safe from a world that’s full of evil
Tryin’ cryin’
Lord sometimes I’m cryin’
When I think of his gifts and the world jusk keeps denyingWhen I think of his goodness and what he’s done for me
My soul cries Hallelujah
Thanks for savin’ me SINGSaviour, saviour, why don’t you
Hear my humble cryWhile the others thou are calling
Do not pass me by

While the others thou are calling
Do not pass me by

Do not pass me BY!