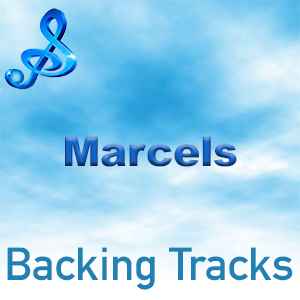 The Marcels was an American vocal group formed in 1959 in Pittsburgh, Pennsylvania.  The group was named after a popular hair style of the day, the ‘marcel wave’. They were famous for ‘making over’ popular songs into the doo wop / rock and roll style and a new version of the ballad “Blue Moon”, began with the bass singer saying, “bomp-baba-bomp” and “dip-da-dip.” The record sold over one million copies, and was awarded a gold disc. It is featured in the Rock and Roll Hall of Fame’s 500 Songs that Shaped Rock and Roll.

Blue Moon, you saw me standing alone
Without a dream in my heart
Without a love of my own

Blue Moon, you knew just what I was there for
You heard me saying a prayer for
Someone I really could care for

And then there suddenly appeared before me
The only one my arms will ever hold
I heard somebody whisper, ‘Please adore me’
And when I looked, the moon had turned to gold

Blue Moon, now I’m no longer alone
Without a dream in my heart
Without a love of my own