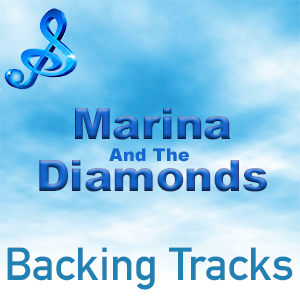 Marina and the Diamonds,(Marina Lambrini Diamandis (born 10 October 1985), is a Welsh singer and songwriter and is also known for her unconventional fashion styles.

She moved to London as a teenager to become a professional singer, despite having little formal musical experience. Her debut studio album, The Family Jewels (2010) entered the UK Albums Chart at number five and was certified gold by the British Phonographic Industry. The album’s second song, “Hollywood”, peaked at number 12 on the UK Singles Chart.

In June 2017 and she performed with Clean Bandit at the Glastonbury Festival and in April 2018, Diamandis confirmed that she would release new music that year.