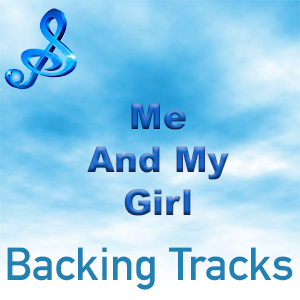 Me and My Girl is a musical with music by Noel Gay and its original book and lyrics by Douglas Furber and L. Arthur Rose. The musical is set in the late 1930s and tells the story of an unrefined cockney gentleman named Bill Snibson, who learns that he is the 14th heir to the Earl of Hareford. The action is set in Hampshire, Mayfair, and Lambeth.  The show has received two Laurence Olivier Awards and won three of 11 Tony Award nominations.

In the 1930s, the Harefords, a family of haughty aristocrats, are seeking the legitimate heir to the title of Earl of Hareford. Bill Snibson, a Cockney from Lambeth is found and named as the long-lost “Earl of Hareford”. It seems that the 13th Earl had secretly and briefly wed a girl from a bad neighborhood. But Bill’s rough Cockney ways do not satisfy the Will of the last Earl: In order to gain his inheritance of the title and estate, Bill must satisfy the very proper executors (Maria, Duchess of Dene, and Sir John Tremayne) by learning gentlemanly manners. The Duchess thinks that she can make Bill “fit and proper” but not his Cockney girlfriend, Sally Smith. The Duchess plans a party in Bill’s honour, but Sally is not to be invited. Sir John tells Sally that she and Bill ought to return to Lambeth, but he is moved by Sally’s heartfelt declaration of love for Bill (“Once You Lose Your Heart”).

At the party, Bill puts on airs and tries to please his new-found upper-class lawyers, family and servants, but his everyman roots quickly begin to show. Sally shows up in inappropriate garb, with her Lambeth friends, saying that she is going back to where she belongs. Bill seconds this at first but then teaches the nobility “The Lambeth Walk”.

Bill must make a speech in the House of Lords in coronet and “vermin”-trimmed peer’s robes. Sally leaves, telling him to marry someone with good blood, and, in a scene inspired by Gilbert and Sullivan’s Ruddigore, the portraits of Bill’s ancestors awaken to remind him of his noblesse oblige. Bill and Sally have gained an ally in Sir John, who offers to help them by engaging a speech professor (implied to be Henry Higgins from Pygmalion) to help Sally impress the Duchess.

Bill constantly bemoans his separation from Sally. Preparing another party for Bill, the Duchess realises how much Sally means to him. This puts her in a romantic mood, and she accepts an offer of marriage from Sir John. Bill, dressed in his old outrageous Cockney clothes, declares that he’s going home and goes upstairs to pack. Just then, Sally astonishes everyone by arriving in an elegant gown and tiara and speaking with a perfect upper-crust accent. When Bill returns downstairs, Sally conceals her identity. When she reveals it, Bill is relieved and the couple gain the acceptance of the family.

1 thought on “Me And My Girl The Musical”